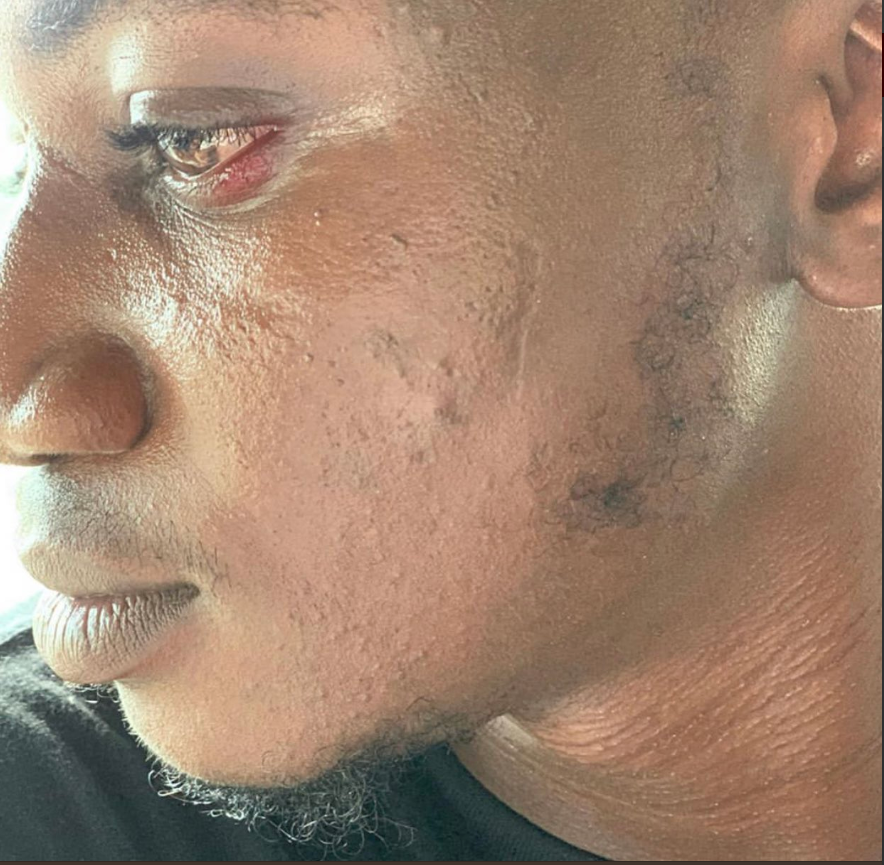 Peruzzi has been in the news since today for slapping a social media influencer Pamilerin Adegokeat an event held in Port Harcourt.

Back in January; the blogger made several bold comparing between Teni and Peruzzi – suggesting that Teni was better than Peruzzi in a rather aggressive way and Peruzzi being hurt with this comparing waited for a perfect day to retaliate to the insult –

See some tweets from Pamilerin below that lead to the slap. 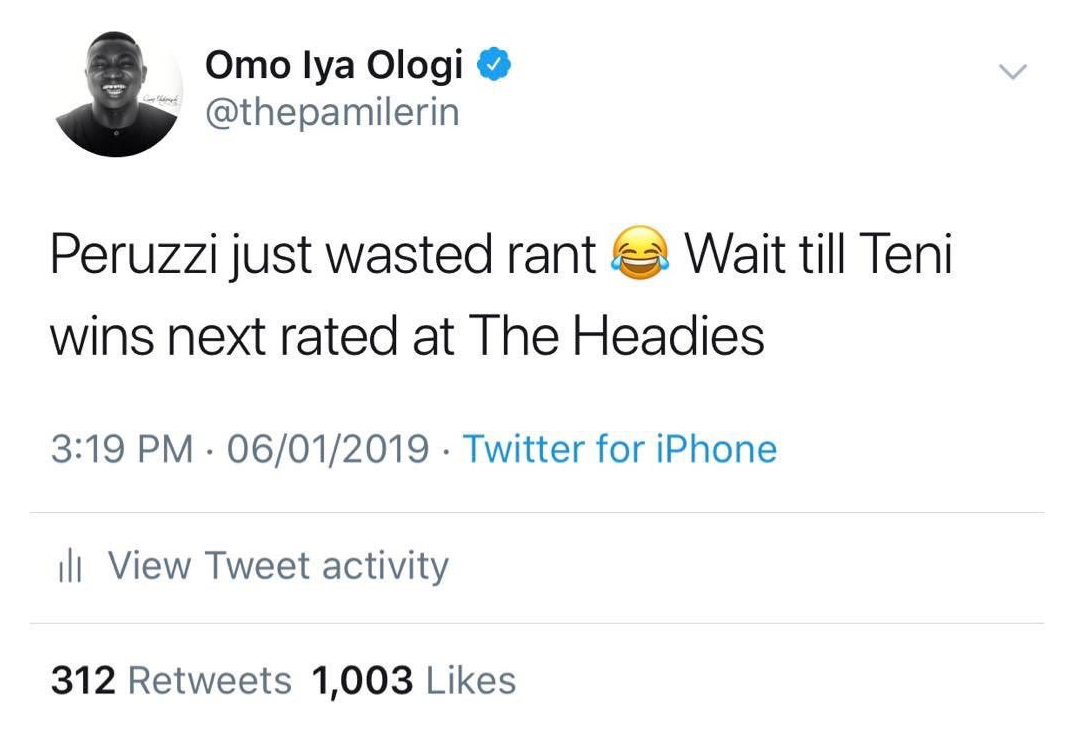 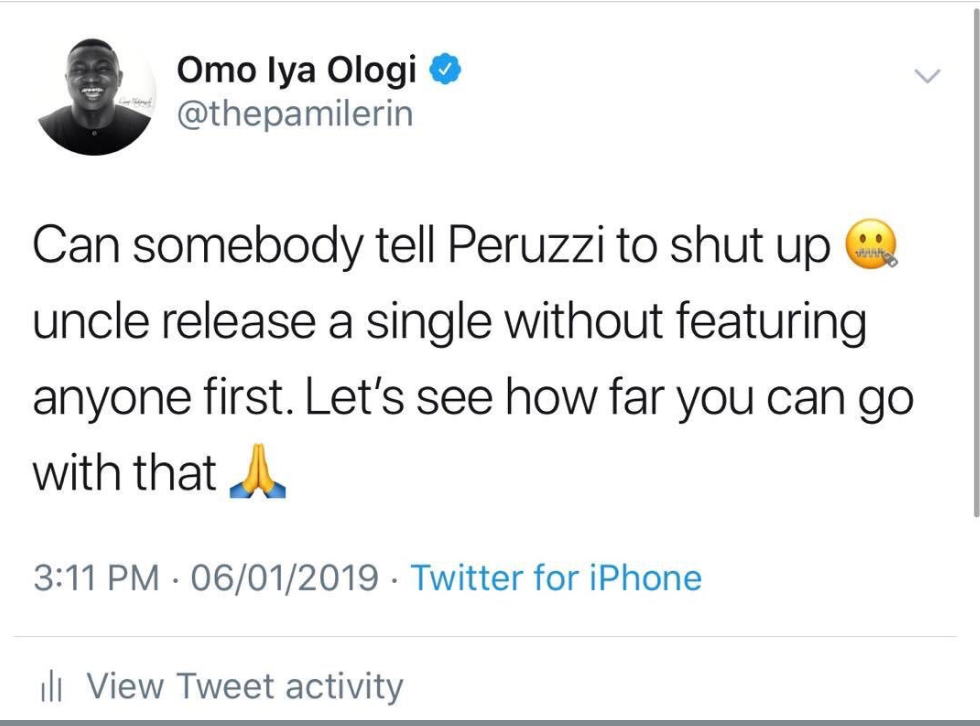 Following the heat on twitter over the slap, Davido and Peruzzi has tendered apologies to Pamilerin and admitting Peruzzi did the wrong thing to have slapped the blogger and also started reasons why this happened.. 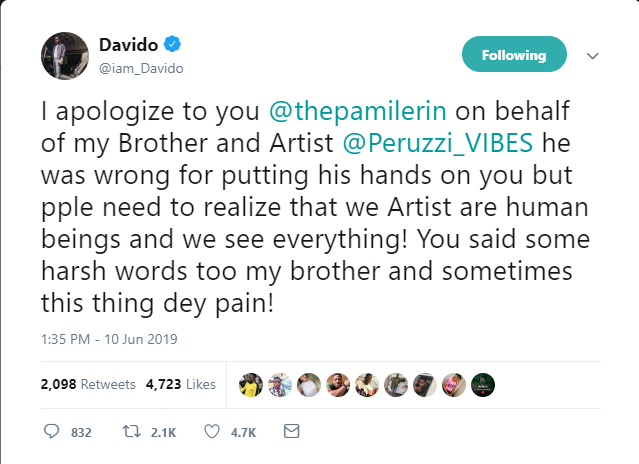 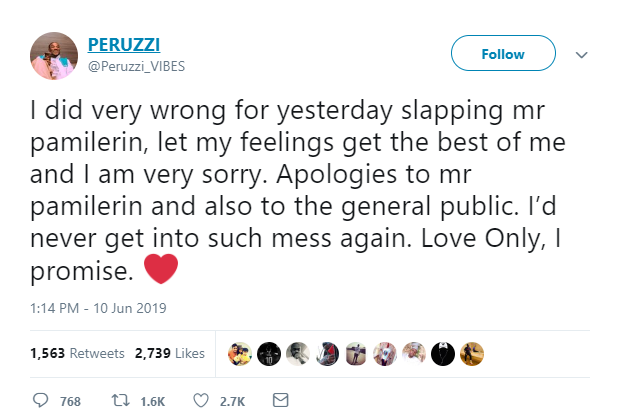 Do you think Pamilerin deserve the slap ?