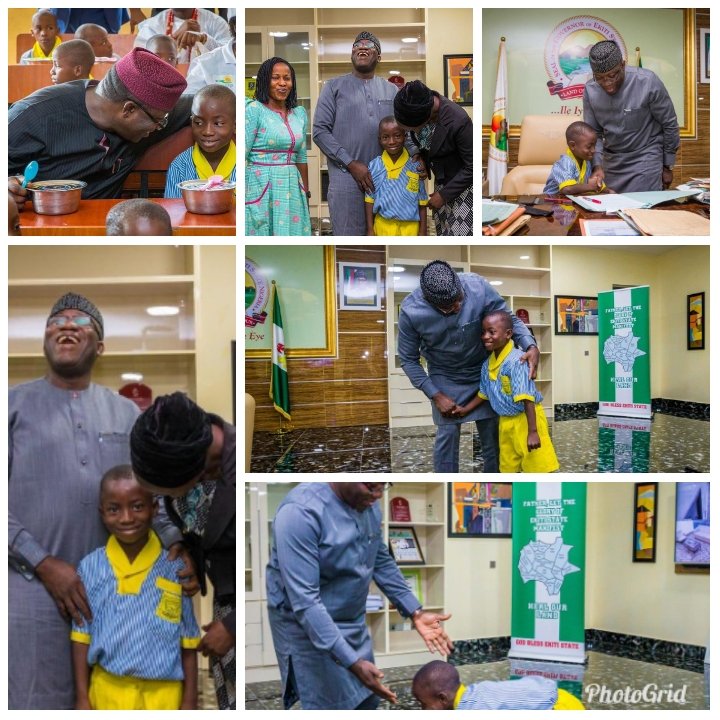 Kayode Fayemi of Ekiti put on hold the governing of Ekiti state when he steps down from the governor seat for seven year old primary pupil named Daniel Olutope.

Subsequently, his mum  (Mrs Oluwatoyin Olutope) and his teacher (Mrs Dupe Adeosun) thanked the governor for his kind gesture and that the visit will spur him to work harder to achieve his dreams.