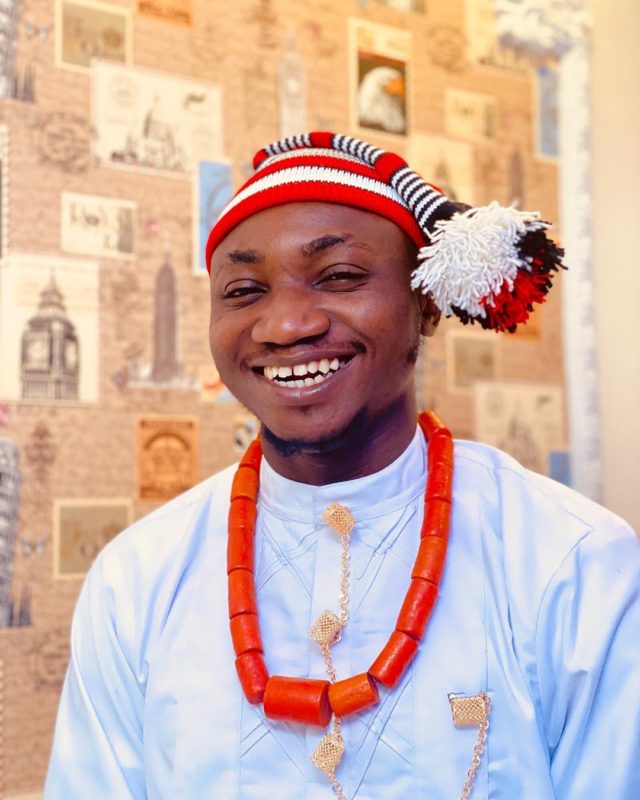 Following the recent comparison between late rapper Dagrin vs Olamide by fans and cretics – social media influencer Pamilerin Adegoke has aired his thoughts saying – “Dagrin Is Not A Legend” despite the popular notion that sees him as a legend.

Pamilerin became popular after Peruzzi gave him a hot slap in Bayelsa last year. The blogger influencer came under attack again today after he posted that Dagrin Is Not A Legend.

He went on to clear his point that Dagrin was never a legend until after his death years ago and that he didn’t pave way for Olamide. He believes Dagrin is overhyped by emotional fans.

See his tweet below and let us know what you think. 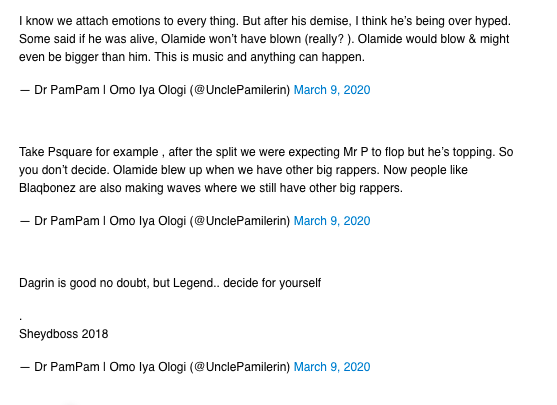 What do you think – Was Dagrin a Legend or just another good rapper ? –