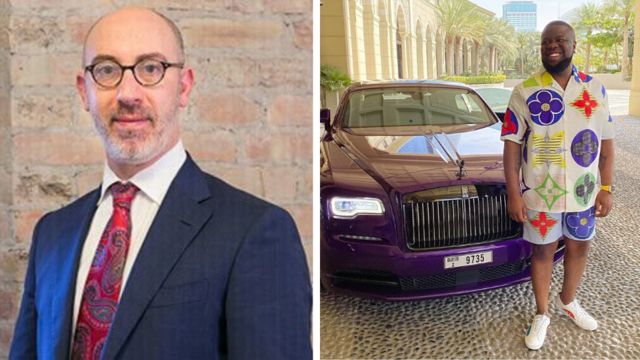 Hushpuppi’s lawyer, Gal Pissetzky, has accused the Federal Bureau of Investigations (FBI) of kidnapping his client.

Few days ago, we reported that Hushpuppi’s lawyer claimed that the Instagram celebrity was into Real Estate, and not fraud.

Gal Pissetzky, who is known as one of the best Lawyers in the world was also late Pop King, Michael Jackson’s lawyer. According to reports, Pissetzky has never lost any case in all the years he has been in the profession.

Again, Pissetzky has come up with another claim, insisting that the FBI kidnapped his client, Hushpuppi as they have no right to have taken him from Dubai to the United States.

In a recent interview with BBC, Pissetzky said that the United Arab Emirates (UAE) has no form of extradition agreement with the United States of America and so it was illegal for them to have taking him.

According to Pissetzky, Hushpuppi who constantly flaunted his luxurious lifestyle on Instagram is not a criminal as his means of income are all legitimate.

“He is a social media influencer with millions of followers, with millions of people that respect and loved him, and he loved them, and that’s what he did. In today’s society, that’s a business,” Pissetzky said.

“In my opinion, the FBI and the government here acted illegally when they kidnapped him from Dubai without any legal process to do so.”

“There was no extradition, there were no legal steps taken, there were no court documents filed, it was simply a call to the FBI. He is not a citizen of the United States, the US had absolutely no authority to take him.”

“If Dubai wanted to expel him, they should have expelled him back to Nigeria. I’ve never heard of anything like that. That is the real story here.”

With the way this lawyer is going, do you think he would win this case?