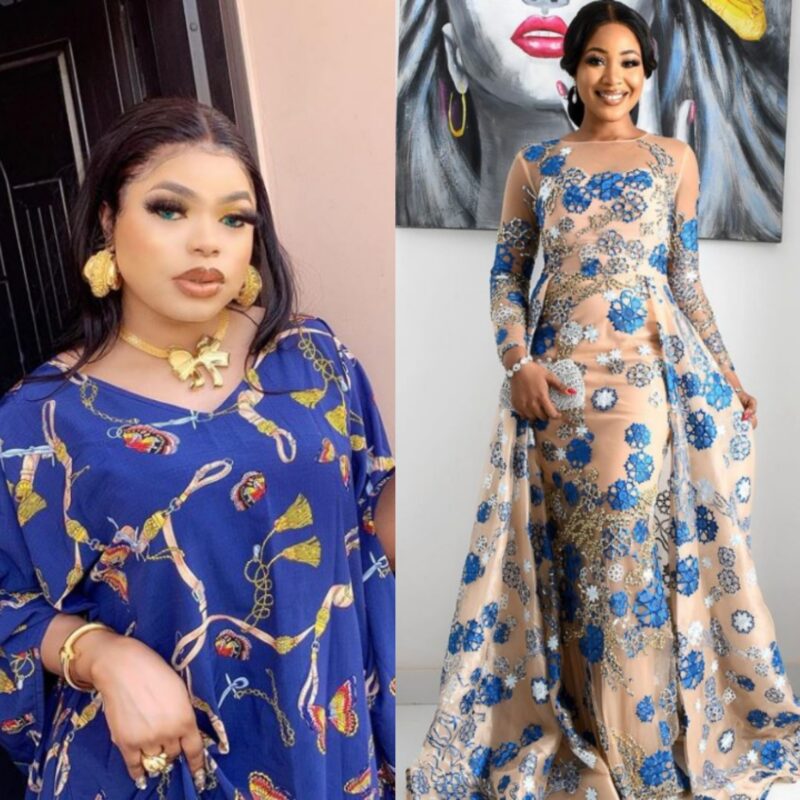 The controversial  Nigeria transgender, Bobrisky has been making it rain cash and luxury treats for Erica, the disqualified Big Brother  season 5 housemate.

The treat began with a redeeming of a million Naira she had earlier promised to her account. 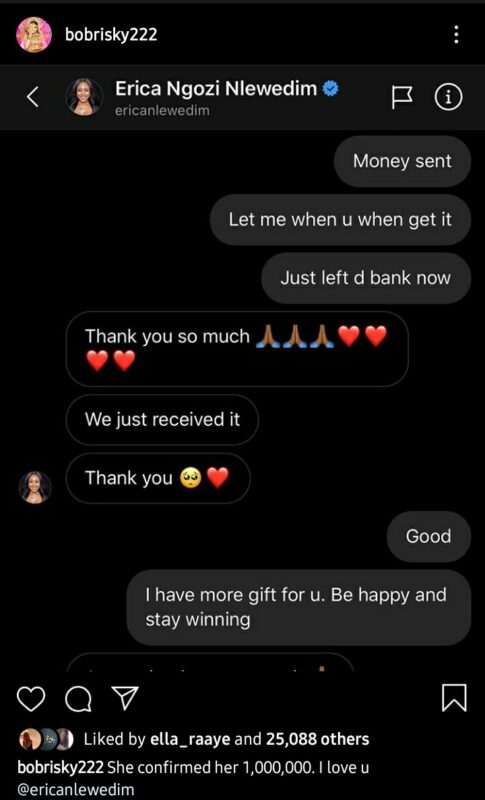 Then a promise of a first class fly Emirate ticket to Dubai, Hotel lodging at a five star hotel and two thousand dollars shopping fee. She has called for the reality show star management team to reach out to her. Here is a post about it below

Although some of reality show star fans are been skeptical about the treats as they show concern for her. Some  people are feeling there’s more to the gifts than just be her fan. Here are some of their tweets below.

Bobrisky probably wants to have a taste of what Kiddwaya had been enjoying. That guy still has his langa langa under him.

While her fans are calling for her page to be flooded with thank you massages.

BOB AT IT AGAIN OHHH ??????????Ontop of the 1million Naira that was transferred today, Erica has been offered an all expense paid trip to Dubai…Bobrisky Thank you oooo! Elites, go flood her with a your Thank you’s #EricaTheGameChanger https://t.co/iw7Bf0zrqE

Baby for Life. Our game changer.
Bobrisky has given our President, Queen of Elites League 1m. Oya you guys should come out and say Rubbish. #EricaGameChanger pic.twitter.com/dmJaZETjZ0