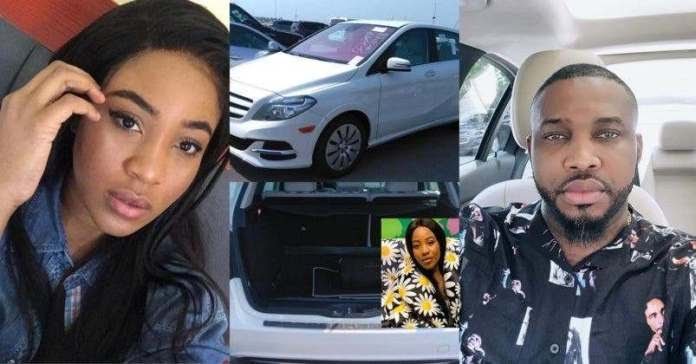 A new Twist has occurred in the blossoming relationship between the Elite Big Brother darling, Erica and the CMC motors boss, Mike Chidi.

We had earlier reported that Chidi promised to give Erica two million naira and a Benz in our report: ERICA WINS TWO MILLION AND A POSSIBLE ENDORSEMENT FROM CMC MOTORS CEO.

In the latest development,  things has now fallen apart between Erica and chidi’s relationship and it seems the centre could no longer hold just as Achebe wrote, although it is not Laycon related.

The CEO in his live chat with Erica’s manager was very expressive, abusing the former house mate. Saying: “the bastard Erica,  whose Fu*cking Erica, I don’t care, I’m pissed, Do I have business with her?”

I’m not shocked that Erica knew that Laycon is SC but still used it to body shame him wished death on him ?

Erica is EVIL and desperate …. CMC was right to call her bastard! #bbnaija pic.twitter.com/UIZpCsbt9V

Even though her manager was trying to calm him down, but it seems he is not having non of it.

He seems to be angered by some shady handling of the contract he draw out for the reality TV star to sign. Here are some other part of their conversation.

In another development today, Following revelation by Laycon to a fellow housemate that he is SC, some of Laycon’s fans have been trolling the actress that she use that information to abuse the lad. Even though he himself claim not to have informed her of his health condition.