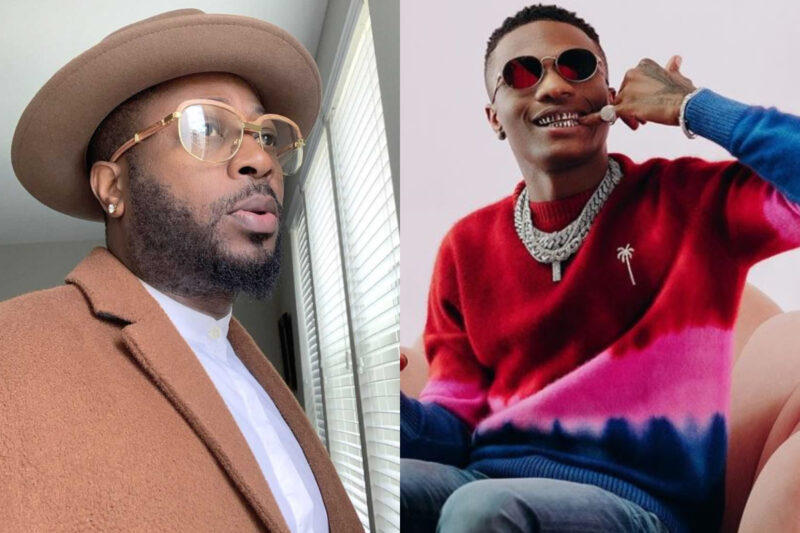 Popular Instagram celebrity and influencer, Tunde Ednut, has thrown a shade at Wizkid‘s new album, “Made In Lagos”.

The former artists has always been know to show his support for Davido by saying terrible things about Wizkid and his music. And This time around, he had something to say about Wizkid’s newest work, his “Made In Lagos” album.

Wizkid, who has had fans anticipating for many months on the release of his fourth studio album, finally dropped it last night. There have been mixed reactions of the album which is already topping various charts just few hours after its release.

Some of those reactions where in favour, while others where against it. It was on this same not that the singer turned blogger decided to air his opinion about the “Made In Lagos” album.

While we have all been anticipating Wizkid’s “Made In Lagos”, we have also been expecting Davido’s forthcoming album, “A Better Time” which is said to have various international collaborations, including Nicki Minaj.

Tunde Ednut, in a tweet revealed that Davido’s song with Nicki Minaj will “swallow” Wizkid’s album once it is released.

He tweeted: “If Davido drops that jam with Nicki Minaj, someone’s album will get swallowed in the process.”

If Davido drops that jam with Nicki Minaj, someone's album will get swallowed in the process.

Do you think just one song from the “A Better Time Album” is capable of making “Made In Lagos” go away so soon?

DISCLAIMER: After proper veriification, we came to the realisation that the said account is not in anyway affiliated to Tunde Ednut and probably a parody account. The views expressed are not Tunde’s and as such, we apologize for any inconvenience this might have caused anyone.