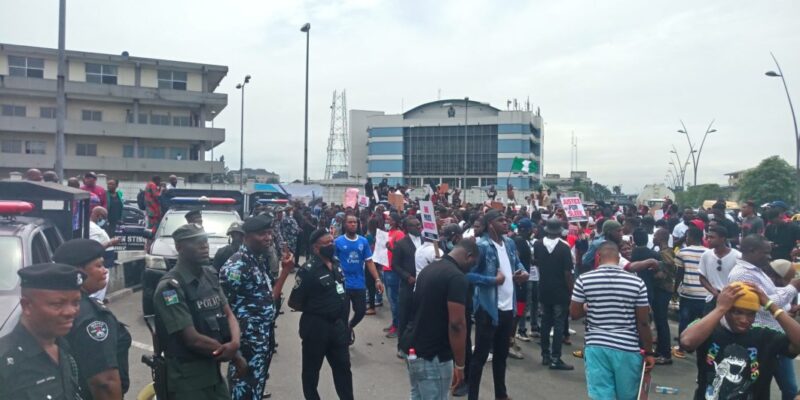 A fresh reports of the EndSARS protest has began in the capital city of Rivers State as citizens mourn a tricycle (keke) rider murdered by an officer of the Nigerian Police Force for refusal to pay bribe.

The people of Port Harcourt are calling on the government to interfere on the issue of police brutality which have been a disturbing issue in Nigeria for several years. Witness say that the tricycle, also known as keke, was stopped by officers of the law.

The rider who refused to pay a hundred naira bribe to the police officer was gun downed and left to die by the member of the patrol van in Rukpokwu area of Port Harcourt.

Watch the video below.