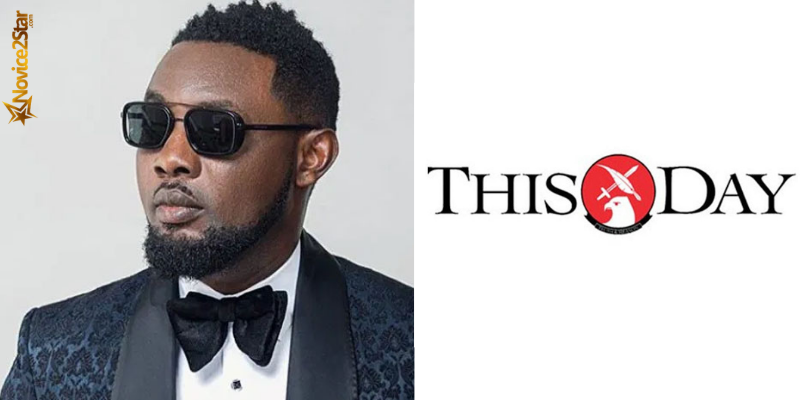 Actor & Comedian – Richard Ayo Makun (AY) through his attorneys – Pentagon partners, has sued a Nigerian newspaper outfit – ThisDay Magazine for a defamatory publication against him.

According to the story, the newspaper outfit made a publication on Sunday 21st February 2012 with the headline – “PR Job Gone Sour: Why Friends Of Belema Oil Founder, Tein Jack Rich, Aren’t Happy With AY The Comedian”

The publication alleged that AY took money from Mr Tein Jack Rich for a PR Job to save his reputation but the job wasn’t executed and caused more harm to Mr Rich’s reputation.

AY took to his Instagram page to air his disapproval and disappointment with the publication, he also posted the letter issued to ThisDay Magazine by his attorneys.

“There is a part of every human that finds gossips and rumours about celebrities enjoyable within the social media space. Bloggers on the other hand have continued to capitalise on these social cancer to drive traffic to their platforms without any form of fact findings or verification.

In as much as some of us can TEMPORARILY tolerate those faceless bloggers who enjoys the ride and the traffic such lies and rumours bring to their pages, it will be totally unacceptable for an established media outfit such as THISDAY to join the bandwagon of career killers and home breakers.

Enough is enough with all the nonsense and the social media entertainment cruise you catch by telling lies and using innocent people to trend. A THISDAY should know better that accusations can ruin lives, so before you accuse and condenm, you better know what you are talking about. If you didn’t witness it yourself, then don’t assume everything you hear to be true and report them.Only a fool speaks without having all the facts. @thisdaynewspaper DO THE NEEDFUL OR MEET ME IN COURT.”