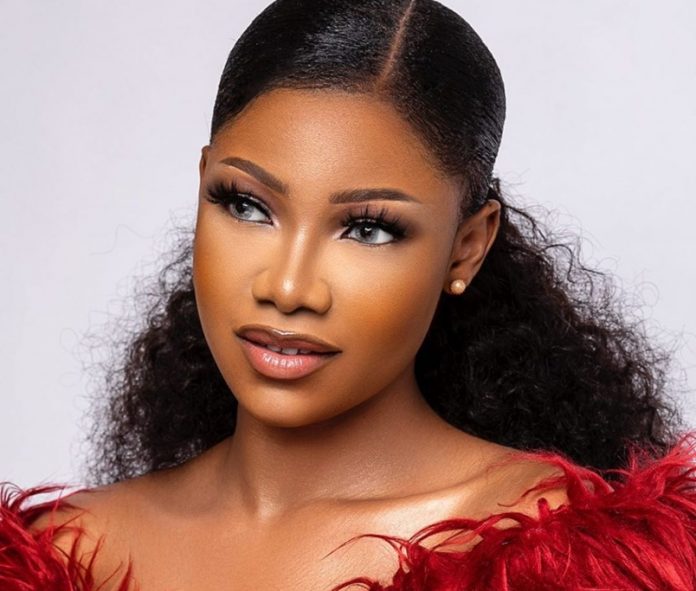 Burna Boy deserves a public holiday named after him after winning the Grammys says the Port Harcourt’s very own first daughter, Tacha. The former Big Brother Housemate, now social media influencer and business woman reacted to the donation given to the singer by the Rivers State governor.

Tacha was reacting to the outburst on Twitter by users who think, the governor’s donation of a land, 10 million each for all performing artistes at the burna boy’s homecoming was wasteful. In her response, she said he also deserves a whole town named after him and that those who feel that the gesture of the governor is too much are crazy.

Gov Wike did no wrong ! pic.twitter.com/bJmirozOr8

This statement has drawn a lot of criticism from different angles. As some continue to query the worth and value the award has to better the lives of ordinary people of Rivers State

Below are some of the comments:

All your justification for what Governor Wike did last night was because Burna Boy won The Grammys. Lmfaoooo ??? so using tax payers money as giveaway is okay to you? Mercy Eke for use that pressing iron mend your head walai ??

Gullible and naive Tacha !!! The Grammy he won sef is not a major Grammy award… it’s not in Top 20 major award Grammy. They don’t even announce the award on stage normally in Grammy award night,it’s given back stage..

Do research and learn.

Hypocrist Tacha , just yesterday you were lamenting how the system of the economy is and how people are suffering and yet you can support this , sense is just far from you ..

What do you think. Is Governor Wike wasteful in his donation during Burna Boy’s Homecoming concert? and what do you think about Tacha’s idea of declaring a public holiday on behalf of Burna Boy?