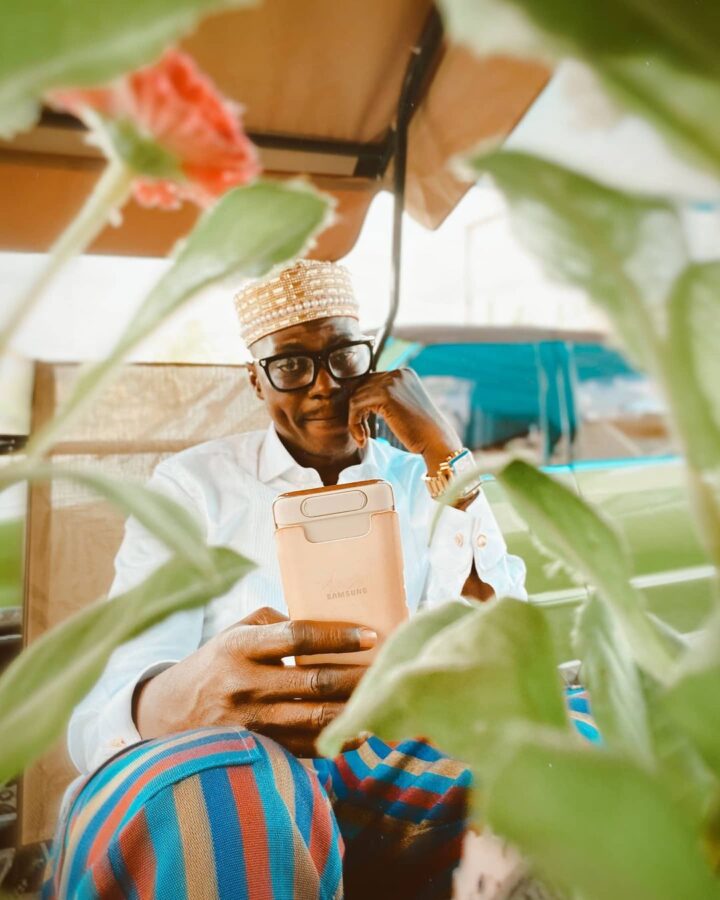 Just recently it was made public that veteran Nigerian singer and rapper Olanrewaju Fasasi popularly known as Sound Sultan was battling lymphoma.

The Nigerian entertainment industry mourns as this multitalented artiste passes on. The announcement was made by Kayode Fasasi on behalf of the family.

Sound Sultan is celebrated for his impact mostly in the Nigerian music industry. A career that spanned about 30 years saw the break of modern hip hop in Nigeria.

His song Jagbabantis which was released in the 2000 skyrocketed his fame across Nigeria and after a few years of releasing other successful albums, he was signed to Kennis Music.

After his contract expired with Kennis Music, he partnered with Baba Dee to create Naija Ninjas which signed several artistes like Da Rapper, Young GreyC and others.

During his career, Sound Sultan released about 8 albums and each song was an interesting story to listen to.

Sound Sultan certainly lives on in the hearts of his family, friends, fans, mentees and definitely through his soulful music. Rest on Sound Sultan. 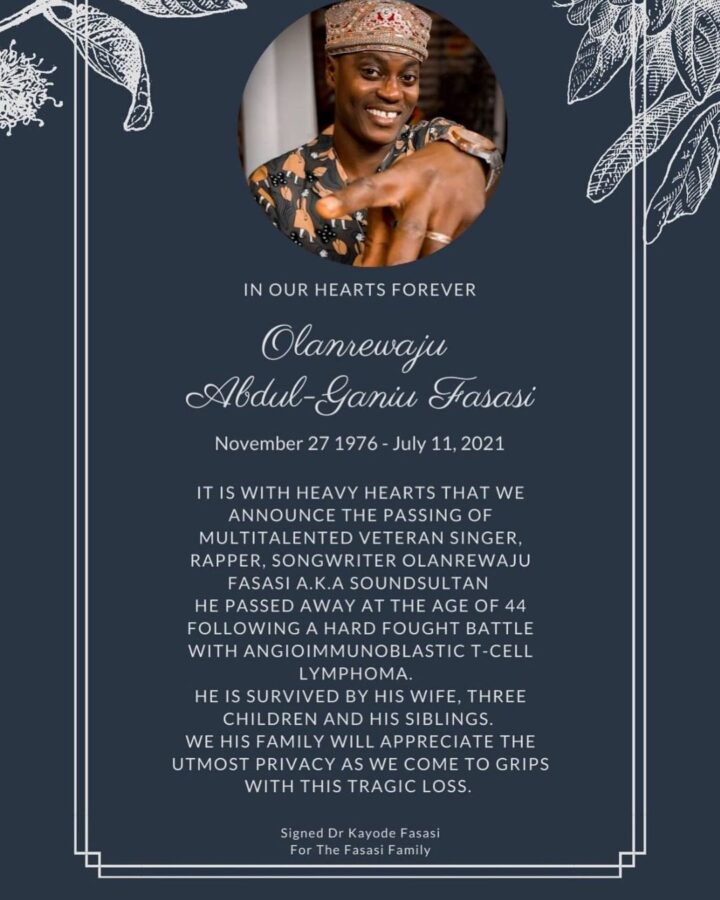