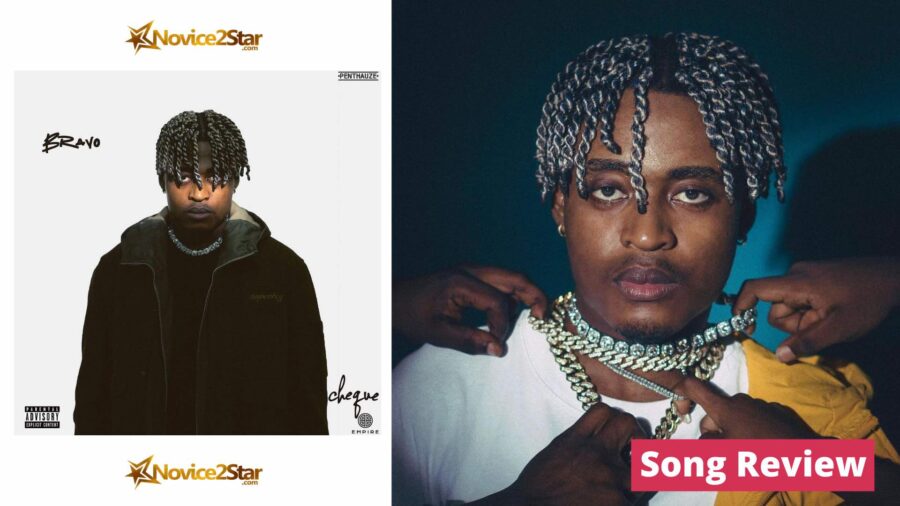 The talents of Superboy Cheque have emboldened and could be felt densely on Bravo, his debut album, meant to secure him accolades as one of the new generations. Cheque has the endless flow where he becomes a rapper and a singer, who firmly scores perfection on both deliveries which makes his art outstanding to a level and it was implored on this album.

The production of Bravo, was an interpolation of Hip-hop, R&B, Pop samples, and a few collections of Afro-structural elements which partly culminate the sonic instrumentation, and race further to the kind of acts he featured.

Fireboy DML’s presence on ‘History‘ for instance was an exotic sample of the Afro culture; including Olamide’s effort that brings laces of the Afro essence into the picture of ‘Loml’, it becomes certain and outstanding in the delivery of the fifth track which entirely comes with deserving chemistry as well as Ayra Starr‘s birth on “Dangerous”, the second track that savors a strong replica of Gen Z and as much, races after the quality of Afro essence folded into Pop and bouncing kicks that gives a next-door rendition as Hip-hop and the melodies that make up for R&B.

The American Jackboy on the fourth track entitled “No One Else”, brings an un-denying route in the album that seeks to amplify and lay a certain quickness to the interest of the western demography, outrightly. The chemistry was strong and it shows the dexterity of Cheque as one distinguished from other new generation creators, who has more potential from afrobeat sounds to captivate and become the most sort after act in the diaspora who creates the kind of songs that the western music lovers could find great appeal in

Cheque’s debut is victorious. Bravo, could mean that this is how he shows us the range of his dexterity and finishing touch on a variety of sonic interpolation that has been interwoven in love themes, expressing his persona and a way and manner of his perception of himself. Bravo is deserving of every accolade that has to stand behind it. This is proof that within the new generations, an act so distinguished who also has the potential to cross over without imploring Afrobeats to stand out is in their midst. Bravo!