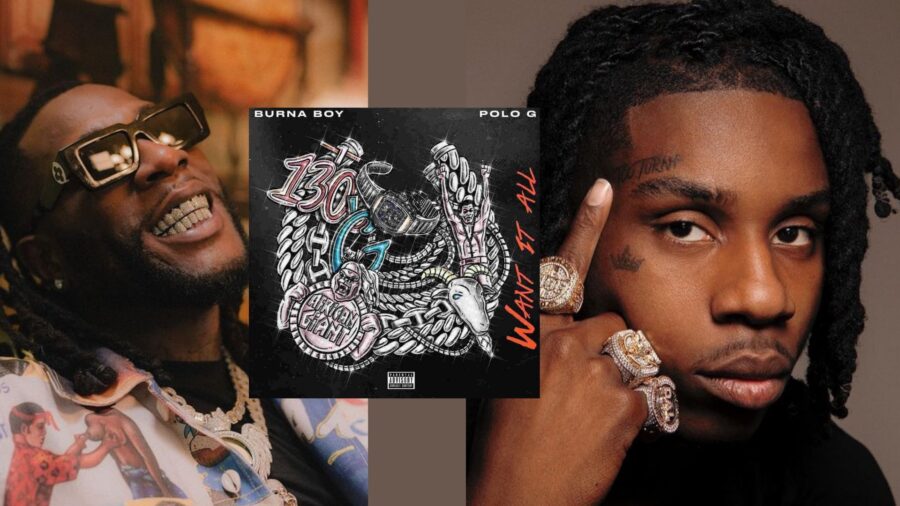 “Want It All” is such a record that depicts Burna Boy‘s versatility which preserves his high artistic taste, as he leaves sophisticated sonic experiences in a perfect shape.

He becomes more personal and reflects on his past experiences including failed attempts to fly, as no one beliefs he could amount to being a replica of the African Giant nor make victorious headway which has earned him a Grammy plaque in the end.

Burna Boy reflects on the chorus about the fact that he had many doubters at the start of his journey, his pain and being tucked in the struggles of life. Nevertheless, every worker has a payday and he has been getting the glories he deserves as he made known several collections of what he possesses including his luxurious Jewells, Louis Vuitton collections, showing off braggadocio about living the good life in the end and wanting it all.

Burna Boy is deserving of what he has become over the years of putting in the work, and every praise that comes after the kind of life he lives is what he has earned. He takes the listener’s mind to the big feat he acquired back in his hometown in Port-Harcourt, how he was honored by the Governor specially and became an image of celebration even as he should be a source to inspire other youthful folks to do incredibly better

Burna deserves everything and Polo G‘s effort alongside was worthy, indeed. G has hustled to make his way through, even after his incarceration in 2018 before his prominence peaked, doubling with his artistry which begun to rake into top music charts consecutively. ‘Want It All’ is the kind of record that sets creators apart and only keeps them clinging to all they truly deserve.