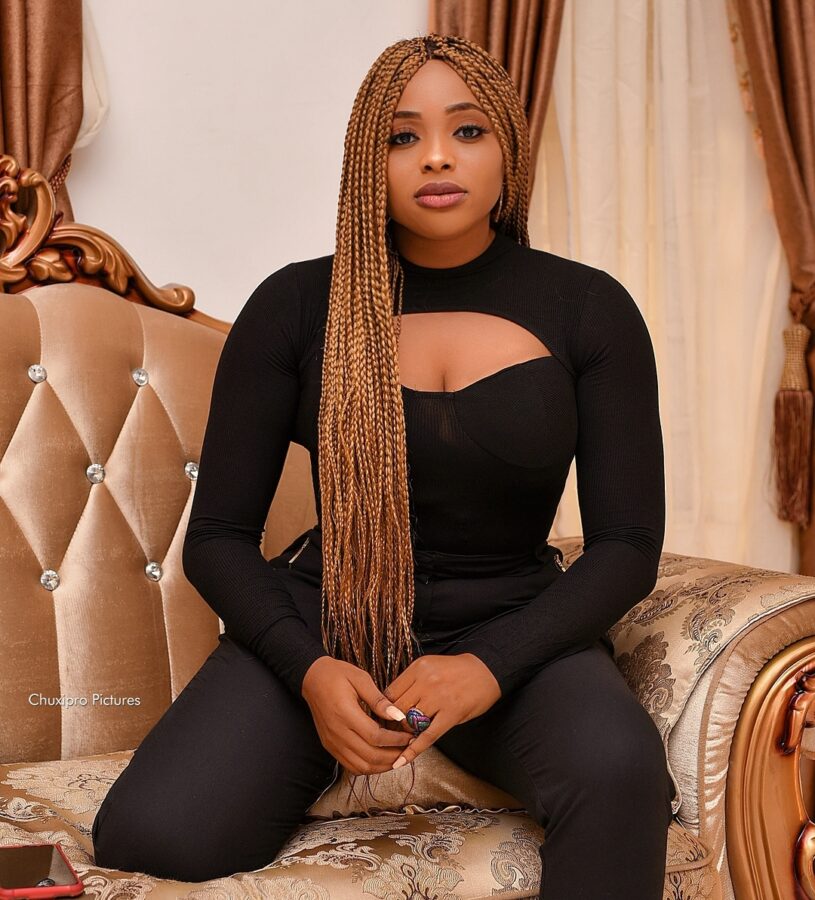 Popular Nigerian actress Mary Lazarus has taken to social media to share the ordeal she went through during her late mom’s burial which happened recently.

She narrates how after performing a service of songs for her mom in Lagos, they were asked to repeat it in the village alongside a three day burial ceremony.

According to her the settlement was to be made also to her mother’s family where they had to perform other rites also. Most of the people who were to benefit were no where in sight before now.

Some people online have responded to her complaint, saying these traditions should be reviewed but some others have called her silly for calling out the Igbo culture. 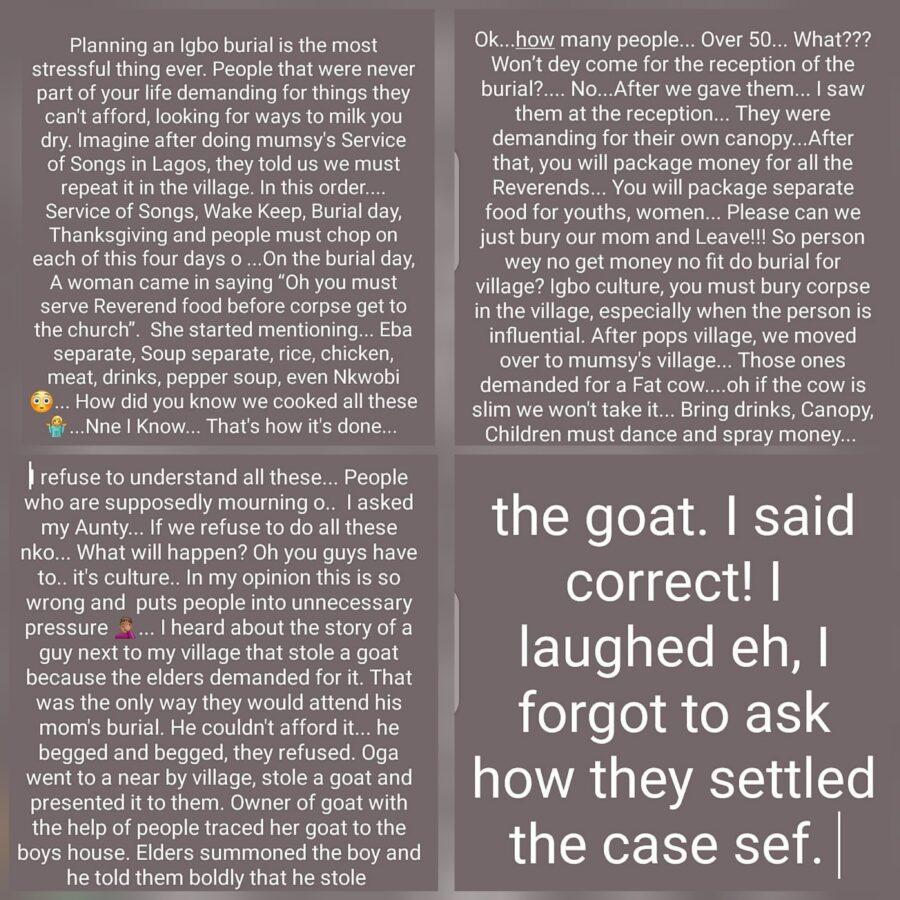