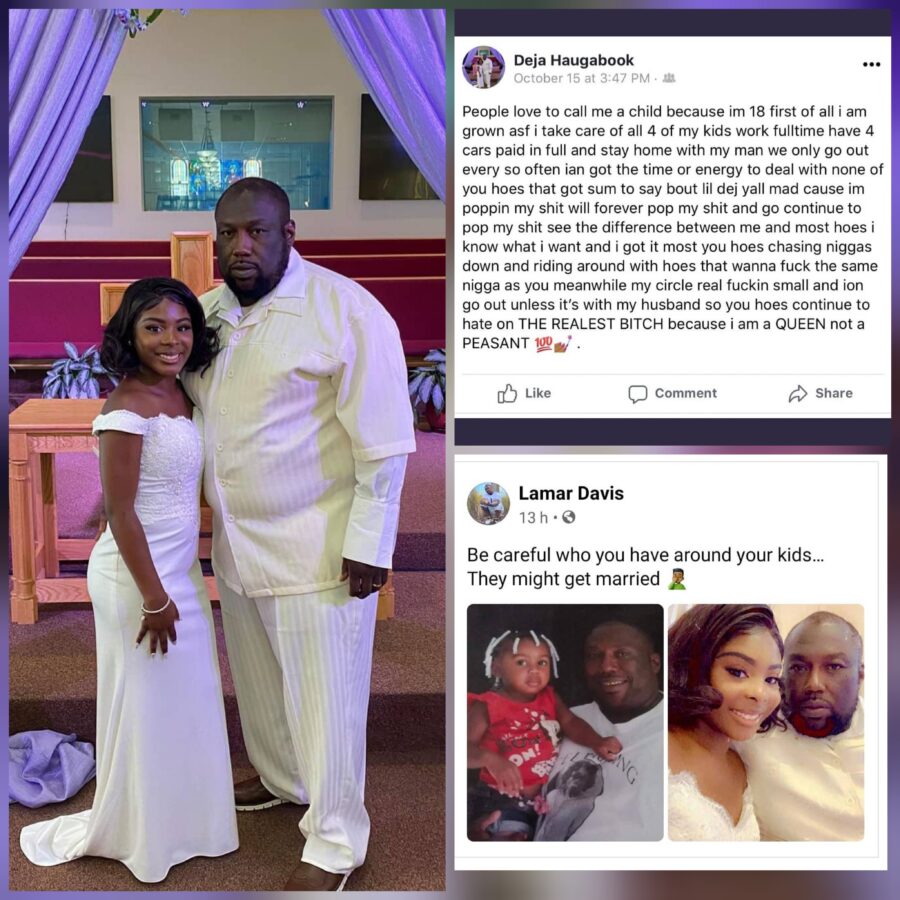 Trending online is the saga about recently married couple Michael Haugabook (61) and Deja (18) who happens to have been his Goddaughter until they recently got married.

Deja’s mother has expressed her displeasure online as her daughter stands by the decision to remain with Michael whom was at some point her mother’s boyfriend and from childhood has been her Godfather.

Deja reportedly turned 18 on the 23rd of June and started posting pictures of Michael the very next day as her boyfriend. This caused an uproar online as close friends and family began to react.

Deja already has a baby who’s a year old and a lot of people suspect Michael to be the father hence the rush to marry her at legal age to prevent prosecution. Michael already has 3 children making it a total of 4 children she’s now responsible for.

In a recent video in response to her mom’s disapproval and people’s comments, Deja says she prefers being with someone who knows what they want rather than a younger person still trying to figure things out.