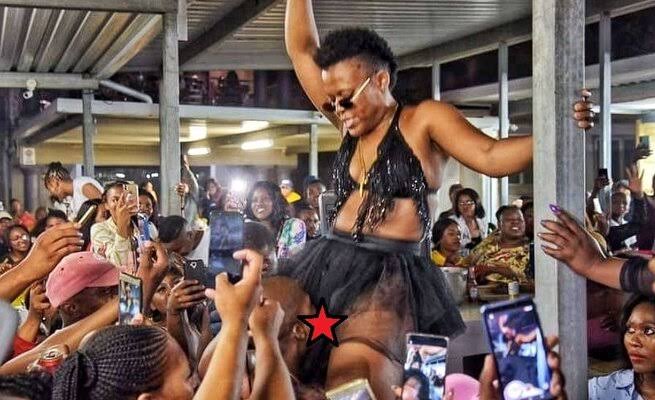 35 year old South African dancer Zodwa Wabantu is making news yet again with a recent video of her where she took off her p*nties while performing in a show.

The popular dancer is known for such stunts especially after she was banned from performing in Zimbabwe in 2017 and also deported from Zambia in 2018 for the same reasons.

Wabantu considers herself in naturalist and sees her stunts as she being herself. However awkward for a lot of people, her fans seem to be thrilled by her performances and always ready to catch whatever she throws at them.