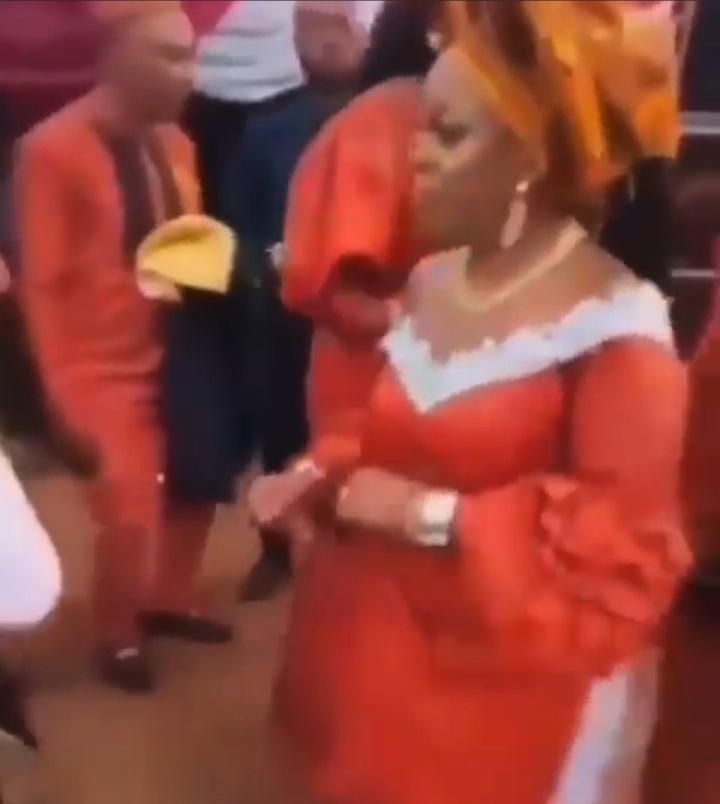 A viral video has sufficed online where a lady who appears to be the bride at a wedding ceremony picked up sand after being touched by elderly woman while she was dancing.

It is a popular belief in most parts of Africa that evil men and women are always lurking around and looking for an opportunity to attack especially spiritually. Hence people seem to be very cautious with everyone around them.

Commenters online have said that the bride’s action was to neutralise any charm that may have come from the elderly woman’s touch. Since the sand represents earth, the earth is suppose to bear witness.

Following our previous post on the witch doctor who was recently caught in Ahoada Rivers State, it seems this season has come with a trend that calls for caution.