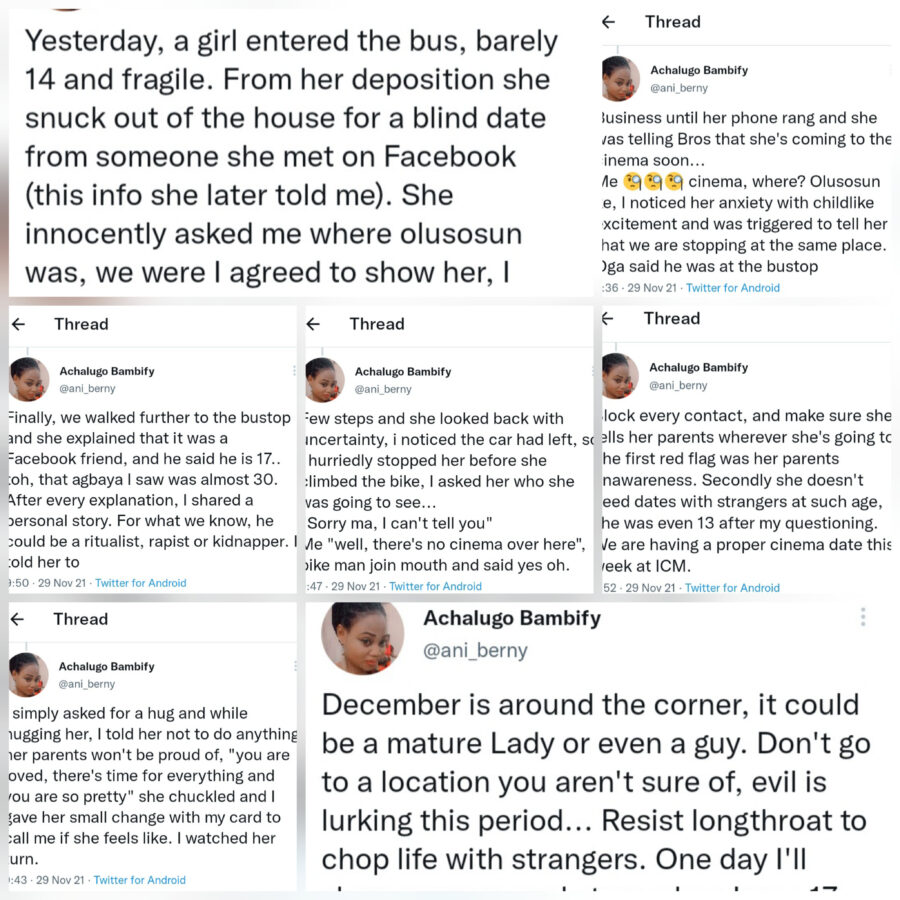 A twitter user recounted her experience with a 13 year old whom she met in a bus in Lagos. The young girl seemed to be looking for directions to the location of a blind date before the timely intervention of this kind stranger.

According to the lady’s account, the girl asked her where Olusosun was and she told her, however she got tipped off when the teenager answered her phone and said she would be at the “Cinema” soon.

She knew there was no cinema around that area so she engaged the young girl who initially hesitated in disclosing information about who she was going meet. However after some tactical approach, the girl opened up.

The festive period is very close and people with mischiveous intentions are on the watch for unsuspecting victims. It’s important we look out for people around us even if they’re strangers. 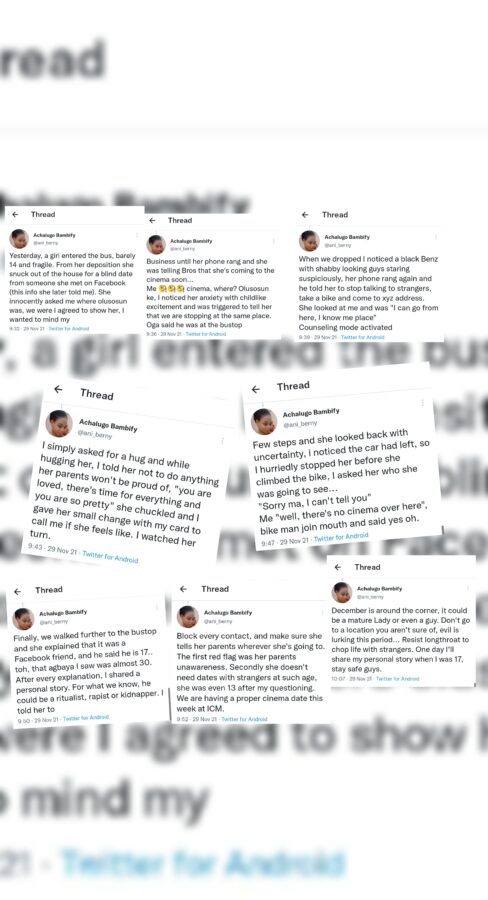 See What This Tribe Of People Do During Chieftaincy Conferment

Rema Fumes as DJ Neptune Releases “For You” Without His Consent