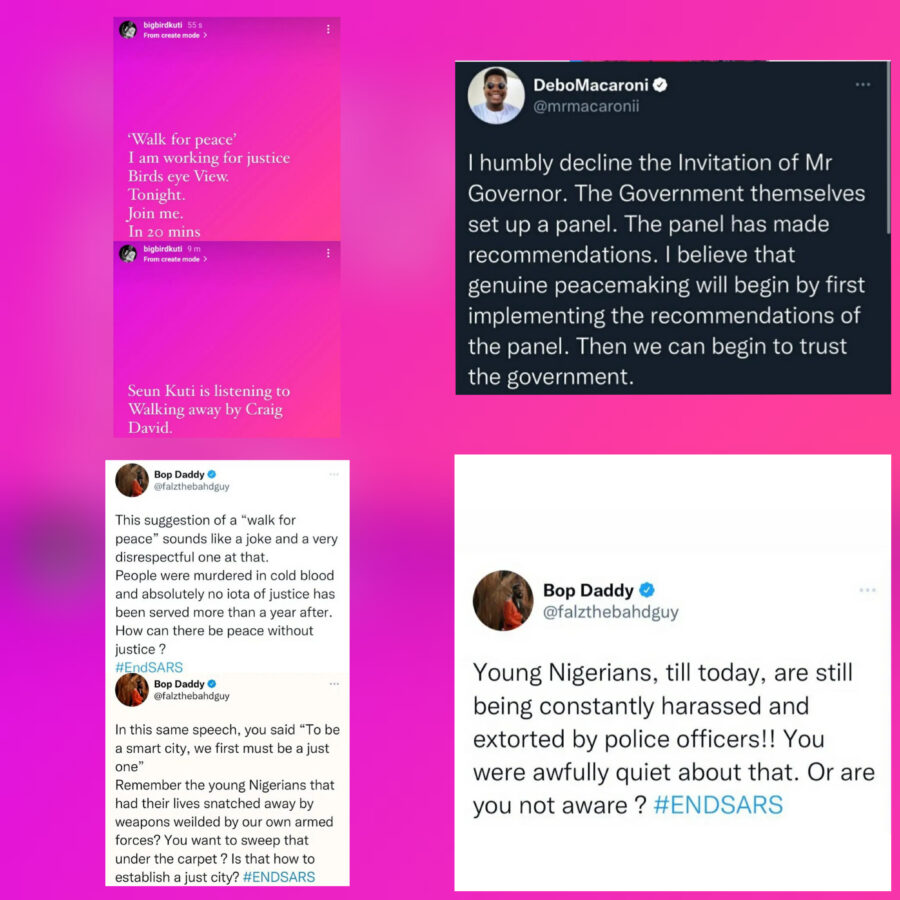 Governor of Lagos State, Babajide Sanwo Olu in a recent press conference called out some notable Nigerian youths who are at the fore front of the #EndSars movement to engage in a “Peace Walk”.

This invite follows the release of a report by the panel of inquiry set up by the Lagos State government to investigate the killings at the Lekki toll gate which happened on the 10th of October 2020. The panel’s report confirmed that several people were actually killed despite the initial denial of the government.

Singers Seun Kuti, Falz and comedian Mr Macaroni who were mentioned by the governor, are clearly not interested in obliging to the invite. The activists via their various social media handles have demanded a different approach to the #Endsars matter.

Falz in his tweet reiterated that young nigerian youths are still experiencing police extortion and brutality while no deliberate action is being taken by the government to put an end to it.