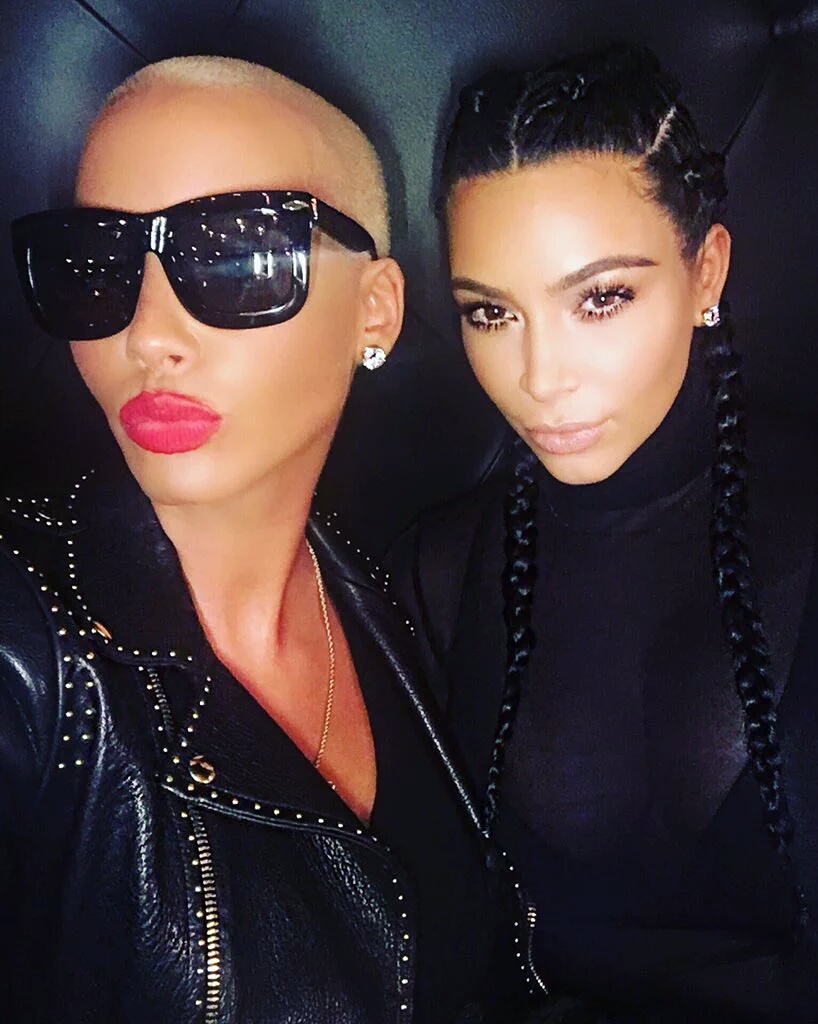 Well this year seems to have started with lots of drama, with January having loads of it.We wont forget January 2016 so soon. From Don Jazzy vs Olamide to Wizkid vs Dammy Krane, Ice Prince vs his girlfriend‘s sugar daddy to Kanye West vs Wiz Khalifa. Even Blackface came out and started springing accusations up and down. It was like everyone wasnt ready to hold it in any longer.

Just few weeks ago, during the Kanye West and Wiz Khalifa tweet exchange, in which Kanye Went a bit too far mentioning his ex name Amber Rose and her son. Amber of course didn’t let it slide and came out lashing back with tweets of her own. Today after everything seems to have settled down a bit both Kim Kardashian (wife of Kanye) and Amber Rose (ex girlfriend of Kanye) posted a picture on twitter of both of them having tea together.

WOW.. just wow, people have started wondering if Kanye and Wiz didn’t arrange this as a publicity stunt to promote their albums!!

….Anything is possible with celebrities nowadays.