Davido‘s social feed has been on a buzz for hours now after he tweeted that his own blood is hating on him because of Mayorkun‘s success.

If you recall, HKN international recently signed two new artistes Mayorkun and Dremo into the label few weeks ago and has released the audio and visual for Mayorkun titled ELEKO which has gotten over 1 million views on YouTube within 10 days.

If Davido’s tweet is something to take serious then he is either referring to 3 of the following who are currently signed to HKN; B_Red, Sina Rambo or even Danagogo.

We will keep our ears down for more info as they unfold. For now, see davido’s tweet below and fans reactions. 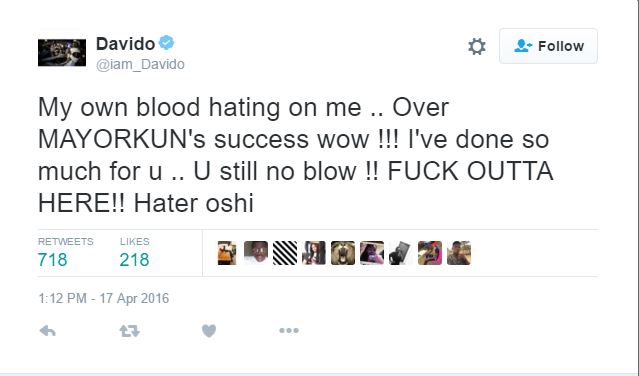 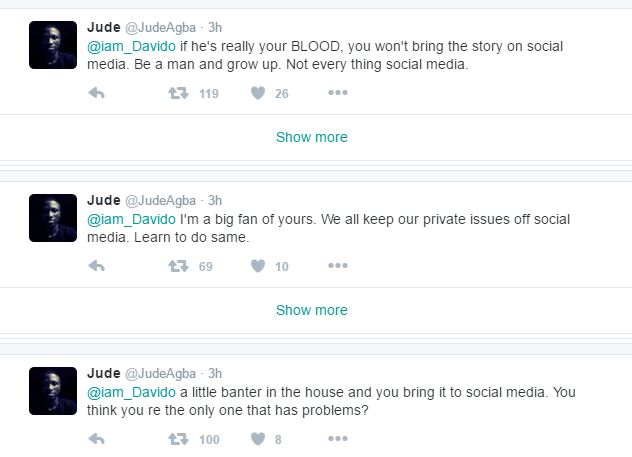 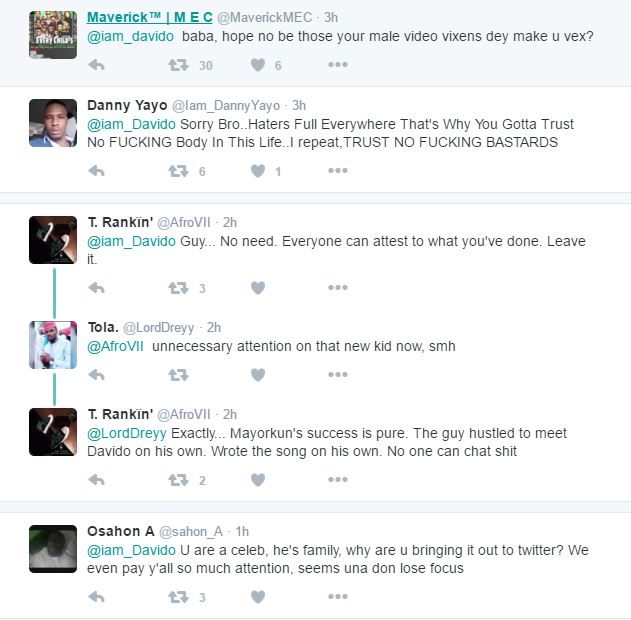 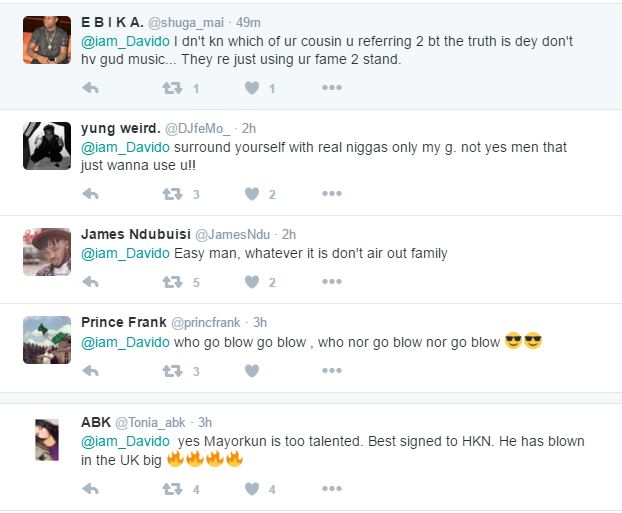 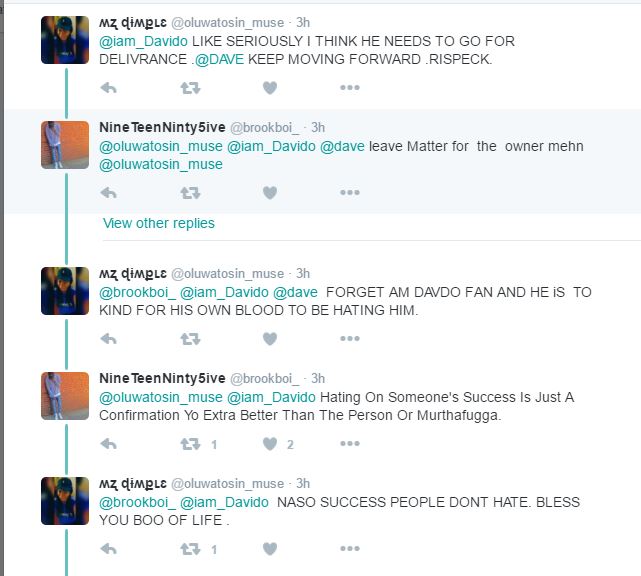 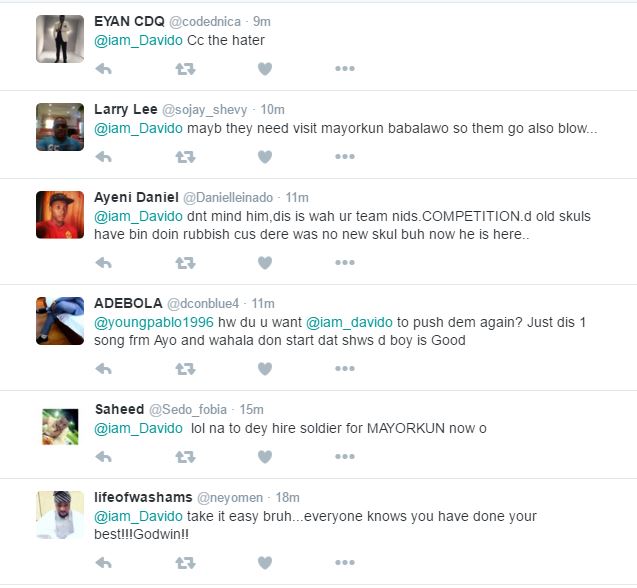 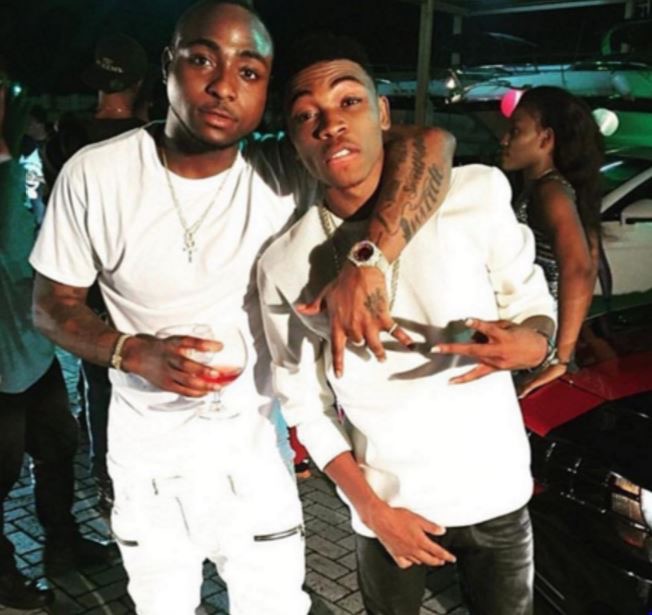