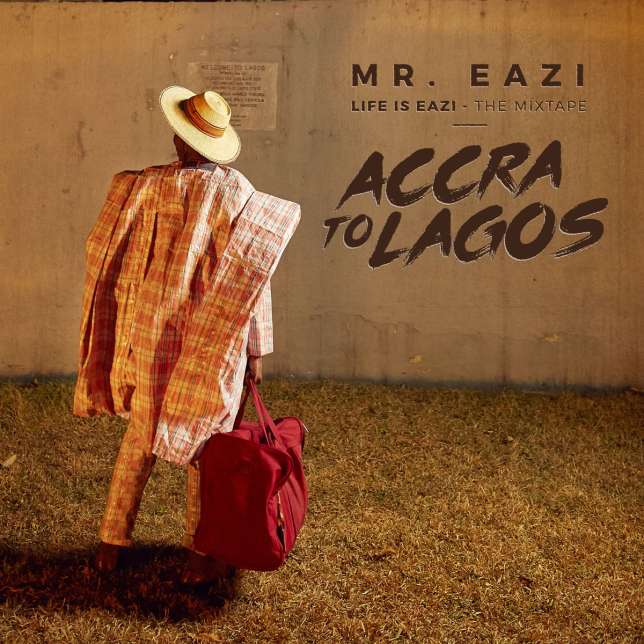 The influence of Ghanaian sound on Mr Eazi can not be over emphasized, this is evident on the just released Mixtape “Accra To Lagos” and despite working with Nigerian and Ghanaian producers, the Ghanaian sound is still predominant.

The debut album by Mr Eazi was literary one of the most  anticipated album of 2016 – 20017. Great thing we finally have the album and we’re about to get our hands dirty dissecting the various tracks to determine whether the wait and hype was worth it after all . So relex and follow along.

First song off the album, Leg Over heightened the expectations of the album after it’s release as a single, I am not going to drink Panadol for this tune right here because it’s now a pure water 🙂

The chemistry between Mugeez (R2bees) and Mr Eazi on this track is worth a mention, they both intertwined perfectly on this sound. its a slow bounce sound with a  solid production. one of the best collaborations on this mixtape.

This was the second and last single before the release of the album. Tilapia featured Medikal. Another well-thought collaboration. Do you notice Medikal sounds so much like Paedae (R2Bees) ?

From hearing the word “Oh Baby fine like 2 people, I no  go lie your beautiful“,  I went on the defensive side on this track. The singer continued to make this experience even more irritating for me with the choice of poor lyrics and wack delivery. It lacked substance and had poor delivery. This has to be the worst song on the album.

Wicked protection from Nigerian’s Young John. Mr Eazi married the beat perfectly with his delivery.  Nothing to really to nag about this tune. It was beautifully made.

Still trying to figure out the Idea with the tag “feature” on this song.  Lovely song no doubts but definitely not a featured track. I also noticed Mr Eazi trying hard to hit a High-pitch which didn’t seem to go too well. but in all, its a recommend track.

If you where expecting to hear a story on his journey from Accra To Lagos then look elsewhere because the story on this song is more of his struggle with recognition and so many other random non related stories. Generally, good production and good song direction but title is misleading.

Mr Eazi attempts to remake Soft Work by Falz as both tracks sounds very similar, but then again, everyone is doing it and with the presence of Falz on this tune it’s understandable to hear trace of Soft Work on it. Overall, its an average track .  A more Falz involvement would have made it standout.

Legendury beatz does what he does best to beats – He unleashed the beast in him on this beat. I enjoyed the smooth delivery of vocals on this song, very mellow and consistent.

On paper, this feature was one of the big tunes off the album, but on listening to the song, you will soon realize that Mr Eazi and Tekno collaboration is a NO NO. Tekno’s contributions on this song was the opposite of Mr Eazi’s. The mixing and mastering of the track wasn’t stable. Mr Eazi and Tekno should NEVER collaborate on a song again. they are both great artistes individually but not on a song.

Before, I say anything on this track. I have to first commend MasterKraft on his creativity on the beat. The beat alone is everything.

Back to the track. This is by miles my best track off the album, not because of Olamide nor Phyno but because of the beat and Mr Eazi. You just have to love his husky voice on this track. In my opinion, the track could do very well without Olamide and Phyno. No doubt they must add to the popularity of the song but the track is 5/5 on it’s own.

On the other hand, I must point out that the song is clearly a beautiful remake of Phyno’s Connect.

As the name implies, its only a bonus track. I see the Port Harcourt inspiration on this track. It has the Duncan Mighty feels written all over it. I am sure the street’s will embrace this song.

The past 12 tracks has been very commercially driven with an exception of Right Now which has a feel of R&B on a smooth delivery. The song is so sleek, i see it being misused for….:)  (if you understand lol )

Mr Eazi end’s the album with a high-life infused tune. Another track for the street’s.

All in all, the album was entertaining, very enjoyable.Production and mastering wise, it was top-notch, though it doesn’t really convey any story line  in particular like you would expect from a debut albums besides, Love, Relationship, Struggle, Sexy, sexy and more sexy… bla bla bla.