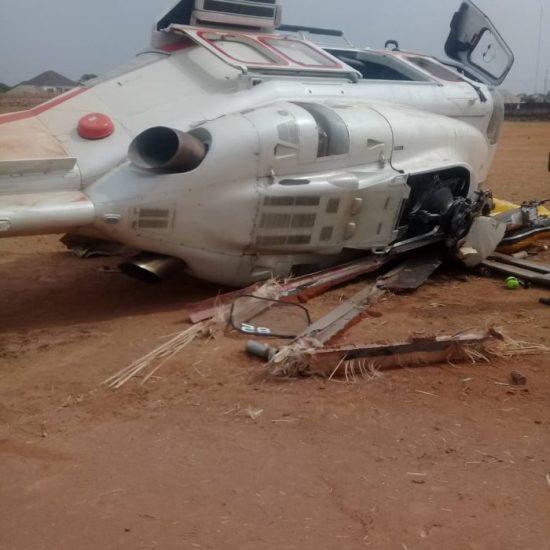 The Vice President of Nigeria Yemi Osibanjo has escaped unhurt as his helicopter crash-landed today in kabba, kogi state.

The picture from the scene of the incident posted by Osibanjo’s spokesman, Laolu Akande, shows the helicopter on one side with the propeller blades wrecked. 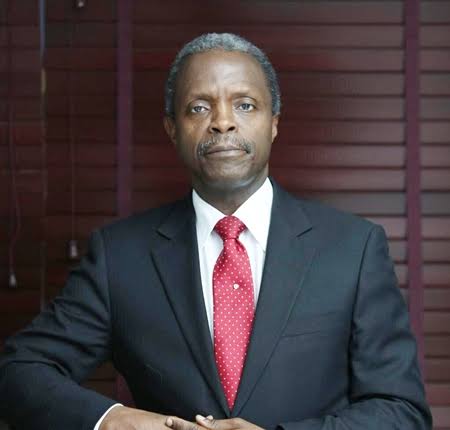 The vice president was on a campaign trail for the All Progressives Congress (APC) party at the time of the incident and continued with his mission thereafter.

Here are the social media posts by Osibanjo and his spokesman on the incident: 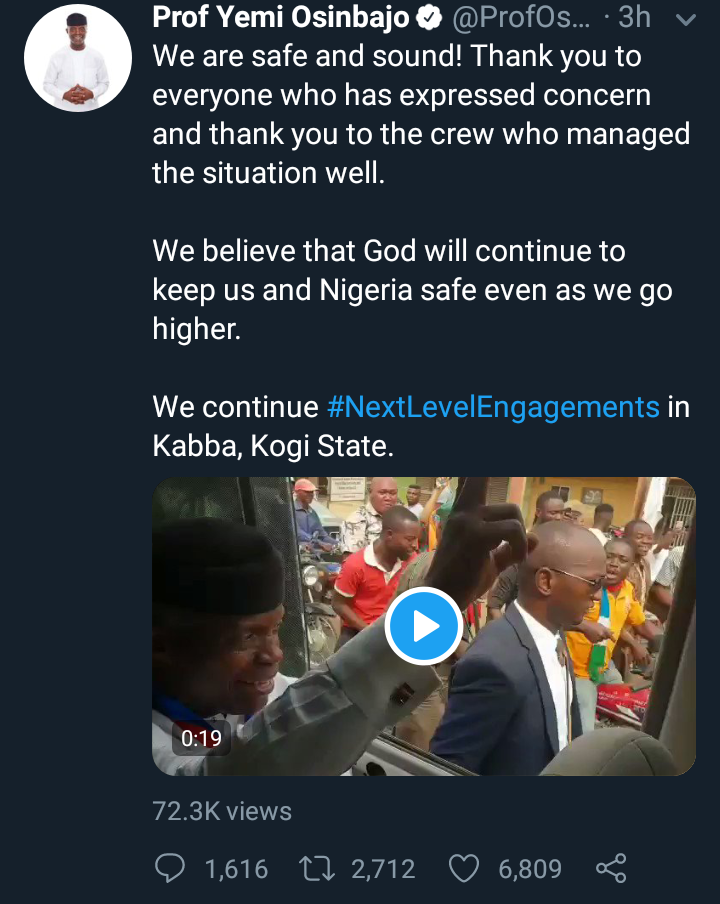 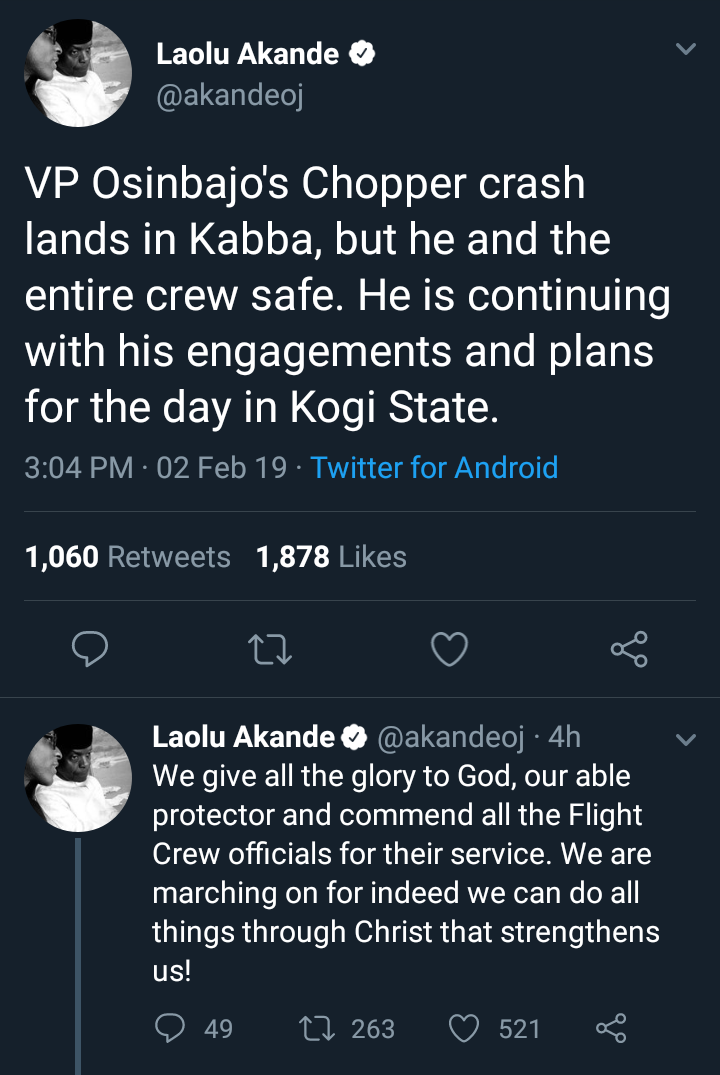 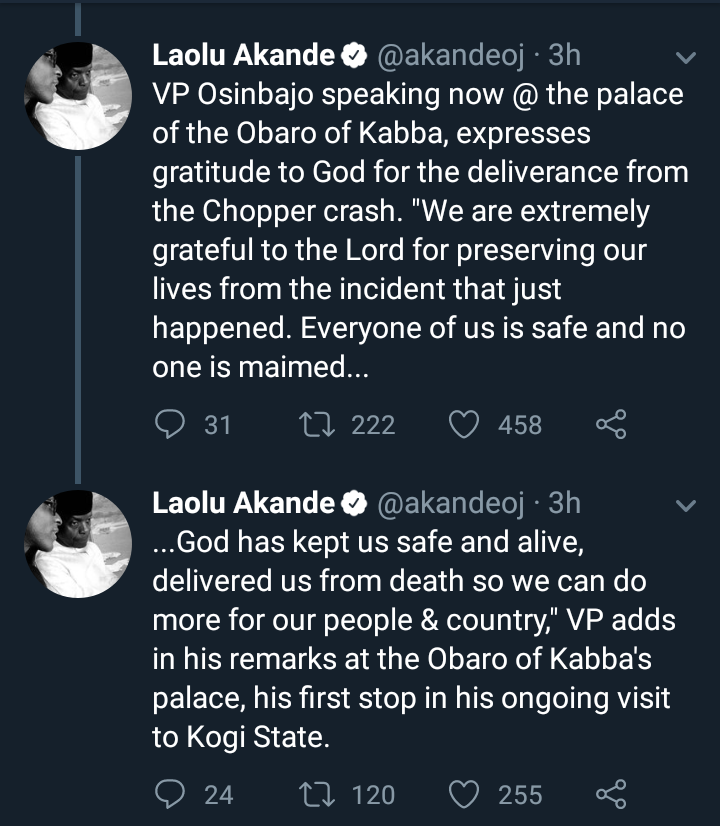 The Presidential candidate for The People’s Democratic Party (PDP) Atiku Abubakar also took to twitter to give his take on the incident. 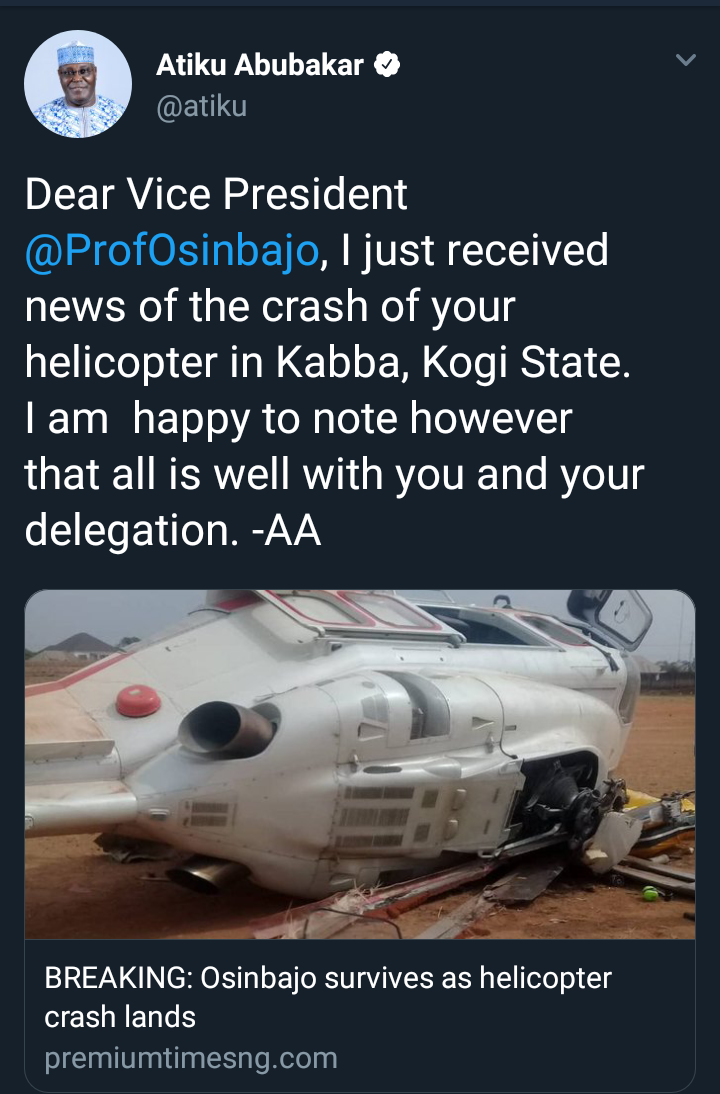 The general elections are scheduled for February 18th, 2019 as the country hopes for it to be free, fair and void of violence.