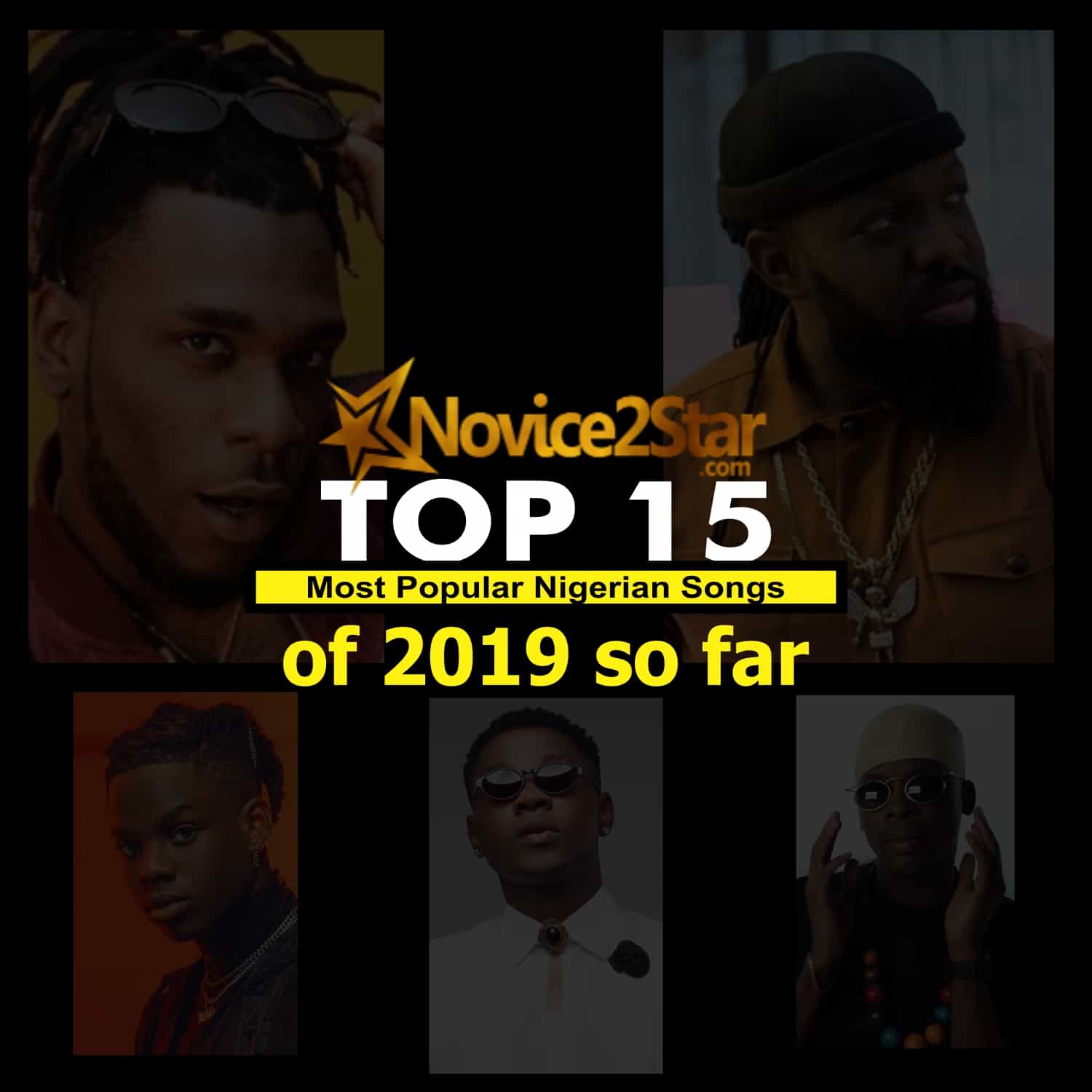 For a change, we didn’t see the usual domination by Wizkid, Davido, Olamide and Tekno. A lot of new acts are gradually taking a conformable seat in the industry, in the absence of these heavyweights – But is this going to stay this way till the year ends ? – well lets wait and see what the year brings.

Dangote by Burna Boy is not your typical Nigerian party song – but there’s no party without the anthem Dangote – The song speaks to every hustler in Nigeria. It preaches continuity in hustle

T Classic is gradually becoming a home name in the industry. T Classic has had an amazing 2019 already with the release of Nobody Fine Pass You and KANA featuring Peruzzi, Terri and Haekins – The young talented act is set for his breakthrough already.

Egbere papa continues to wow as the number one hottest dancehall artiste in Nigeria. “Balance” is off Chulo Vibes (EP). this year.

The song Confirm featuring Davido ushered in Patorankings album “Wilmer” – Confirm was an instant hit soon as it dropped. It hits very hard in the clubs and on the streets.

Patoranking continues to outdo himself and with the inclusion of DMW Boss, you know its definitely going to be a hit.

The most outstanding song off Kizz Daniel’s most recent album No Bad Songz. Over 3 months after its release, Madu remains a favourite song for parties and weddings.

Naira Marley‘s song Am I A yahoo Boy faced many criticism when it dropped, the song also managed to land the singer in EFCC custody before his eventual release.

I won’t really say this song cuts across with me very well, but it sure did it for most of the youths in Nigeria, which helped to skyrocket this song to the top.

2Baba’s song “Oyi” was the first hit song of the year – With over 4 Million views and counting. 2Baba remains consistent with his releases and Oyi was a follow up from “Amaka” featuring Peruzzi

This collaboration came in as a surprise and suddenly it’s blowing away all radio and TV station. Wizkid’s delivery on this song is impeccably good.

Joeboy was tipped as one of the great discoveries of 2019 – His song Baby features on almost all mixtapes. Joeboy is definitely here to stay if he continues dropping great songs such as this.

Rema has been compared to Wizkid right from the first day he premiered – Dumebi has been his most outstanding song yet – The young man looks ready to cause some disruption in the industry and being backed by Mavin Records, the sky is his limit

Fireboy DML is a YBNL soldier – The new YBNL dynasty, another great addition to the industry. His songs are catchy and loved by all.

Fireboy has had an amazing year already and can’t wait to see what the rest of the year holds for him.

It came and disrupted like a tornado – 2 heavyweights Kizz Daniel and OBO Davido hooked up on one of the hottest pop singles in 2019. One Ticket was an anthem while it lasted.

Slimcase most successful song in 2019 and it features dope singers, 2Baba, Peruzzi, DJ Neptune and personality Larry Gaaga. Azama is such a hot jam that when it comes up, you have no option than to move your body.

Teni opened the year with Uyo Meyo – A great song that got everyone singing along. The song saw several covers from other acts. It was played in the clubs and parties even know it wasn’t a party song – (What great songs can do..)

Actually Killin’ Dem by Burna Boy and Zlatan was released 26th of December 2018 but video premiered January 2019 before it blew up – Being one of the hottest songs in Nigeria till date – we are listing it here, out of respect.

Did we miss any songs out of this lists ? – Let us know below