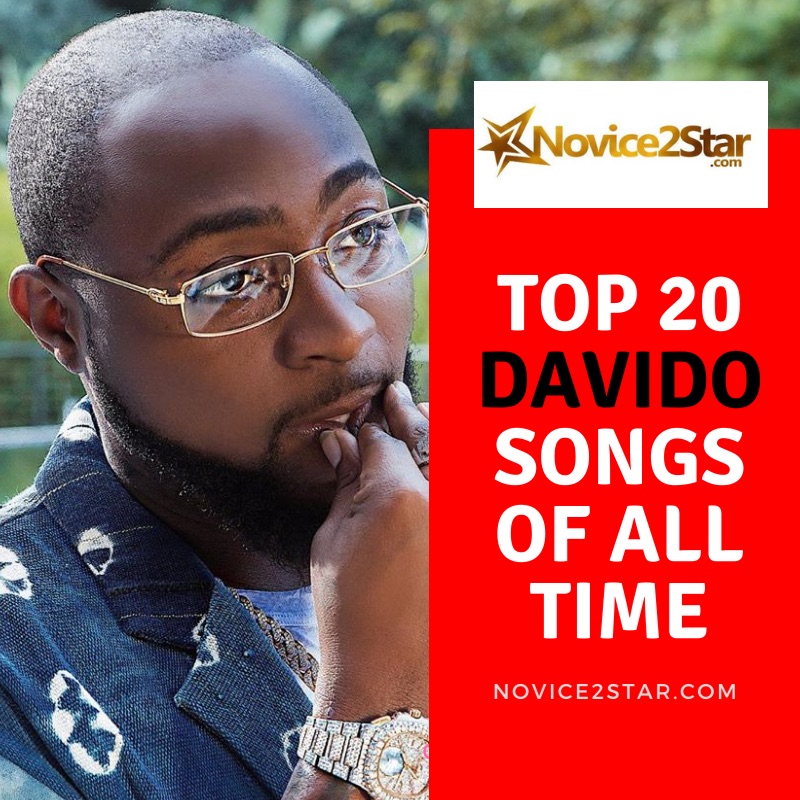 Since Davido broke into the industry nearly ten years ago, he has grown to become one of the Biggest names in nigerian industry and outside the shores of the country, this longevity has earned him accolades, awards as well as many hit songs.

We present a perfectly scrutinized catalogue Of Davido’s biggest hits, cut across his career. Check carefully as your favorite songs might be among the Top 20 Songs of all times by OBO below;

“Wonder Woman” – This song capped off a good 2018 and regarded as Post- Chioma hit. He got too much inspirations from his lover Chioma which made him write such a lovely love ballad piece that praised African women and their achievements.

“Baby gimme money oooo, biko nyem ego”, the song as usual expresses their luxurious lifestyles and how much they have money and wealth. He featured Olamide who was at his prime at then and it lived up to expectations as at then.

Another underrated song by Davido. It was revealed song writing credits were given to Teni . Awesome track by any standard but didn’t get as much credit it deserved because it was released in 2018 were there was a panoply of hits by him so much so that some were erroneously ignored.

The only hit song off his flopped “Son Of Mercy” EP in 2016, was a subject of controversy after the song was released by Reggae influenced singer General Pype with exactly same lyrics and claimed that the song was his own. The song was a good vibe regardless.

Davido’s first major single was ‘Back When‘ a song he produced and wrote and featured Naeto C. This is the very song that introduced the singer to the industry. I remember putting this song on repeat, I couldn’t stop playing it.

This was a monumental hit and features the then in-form Music group from South Africa Mafikizolo. The super energy of Davido and the vocal smoothness of Mafikizolo ensured Davido had another hit after ‘Skelewu‘.

Another banger released by Davido off his “A Good Time“ album and features Pop Caan who they had 2 other earlier collaborations Amongst them in “Dun Rich” and “Story” but Risky became the most successful of them all.

Obviously inspired by his romance with his heartthrob Chioma but it became a Love Anthem and the Term “Assurance” is used locally to imply that you have been taken and you are sure of marital companionship. His love affair with Chioma brought a lot of impact on his recent releases as well.

This is one of Davido‘s most underrated song, it didn’t top charts but the message clearly sang deep. He even admitted that this was his best song of 2018.

The song “All Of You” is arguably the song that made Davido a cynosure of all the eyes of haters when he only acknowledged 3 names in the industry and claimed he is bigger than the rest. It became a hit but brought hate as some artistes throw subliminal shots at him.

His biggest international collaboration till date. Featured multi-talented singer Chris Brown. Still fresh in our memory, such an addictive song. The song beat davido’s record with over A million plus views in just 24 hours making Davido the most viewed Nigerian artiste on Youtube.

“The sound” featured DJ Buckz and the Hit making “Uhuru” who has always made hit songs with Nigerian artistes and this was one of those hits. The video shot in Dubai by multi award winning director Sesan

It’s quite funny how people downplay Davido‘s talent and he kept proving them wrong. This beautiful love song he did was almost a love anthem. It was one of the singles off his debut album Omo Baba Olowo (OBO) album in 2012.

Skelewu” is one of his biggest ever song by Davido during the early days of his career. Aside the song being very addictive. We can’t forget the dance moves he introduced to accompany the song “with your left hands on your waist and the other hand used to simply push forward the air..lol.

The song had 3 music videos after he claimed the first video was leaked. Still one of his biggest till date.

“Aye” one of the hit produced by producer shizzi. The song became one of the most popular choice of songs for a wedding till date. In 2019, Davido and the composers used Aye in the iconic London O2 Arena entrance.

Shizzi and Davido’s relationship is like a match made in heaven and this was another quality tune that this union has produced.

Gobe” was produced by Shizzi. The strings of the song is enough to bring back all memories. Especially the part were he said “Obafemi martins l’omo yeah”.
That line was memorable to me personally because Obafemi Martins was my best footballer as a kid back in the days. Such a beautiful song with a quality video and story line.

Dami Duro” is his break out song, It became an instant hit song and also gave birth to his nickname “Omo Baba Olowo” (OBO) which means Son of a rich man. He was quoted in his lyrics ‘Ema dami duro. Emi Omo Baba olowo‘. The song received massive airplays and in the video had the likes of Wizkid making a cameo appearance.

Among the hit songs of his revival year in 2017. In the same year he had 3 hit songs in quick succession – If, Fia and Fall all were hit songs that capped off a very good year for the artiste.

This is one of Davido’s biggest songs after his rather disappointing year in 2016 following the release of his Son Of Mercy EP that flopped.

The certified platinum song “IF” was written and produced by Tekno who helped revived his musical career and saw Davido regain his position in the industry.

This is regarded as Davido’s biggest song based on it’s commercial success across the globe .The song charted on the billboard for 4 consecutive weeks. It had a remix featuring American rapper Busta Rhymes  and another unreleased remix that features Cardi B  was later revealed last year. This is the song that put Davido on the foreign map properly.

According to Rolling Stone magazine, the song was one of the top-100-most-Shazam-searched singles in America in January 2019, and was a top-10 record on Shazam in New York. In February 2019, “Fall” became the longest charting Nigerian pop song in Billboard history

From the above analysis, Davido has the best discography in Nigeria. You can hardly find an artiste with superior numbers than him.

Please let us know if there is any omission from the list above.