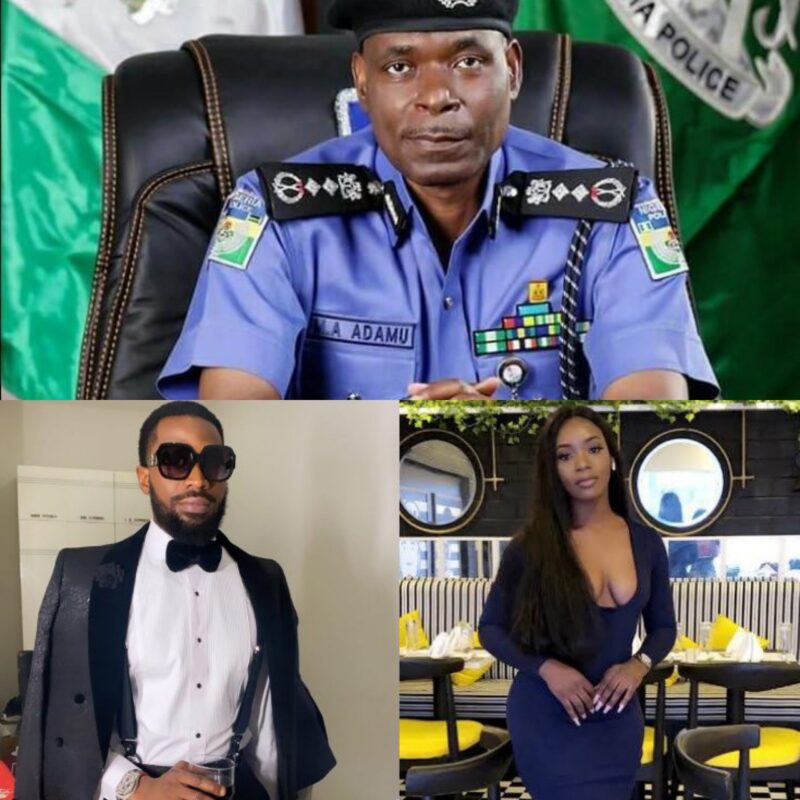 The Inspector General of Police, Mohammed Adamu, has ordered for the immediate probe of the policemen who arrested D’Banj‘s accuser, Seyitan.

The IGP had also called for the probe of D’Banj who flew from Lagos to Abuja and was interrogated an Assistant Commissioner of Police, Adaku Anya.

According to fresh reports making the rounds, the IGP has given a fresh order in a letter drafted on June 25th which was signed by his principal staff, Idowu Owohunwa, with a reference number CZ:7050/IGP.SEC/ABJ/Vol. 132/978.

The letter, which is titled ‘Re: Petition Against Inspector Abraham, Supol Ugowe and the Entire Police Officers Team at Ikeja, Lagos Division of the Inspector General of Police’, reads: 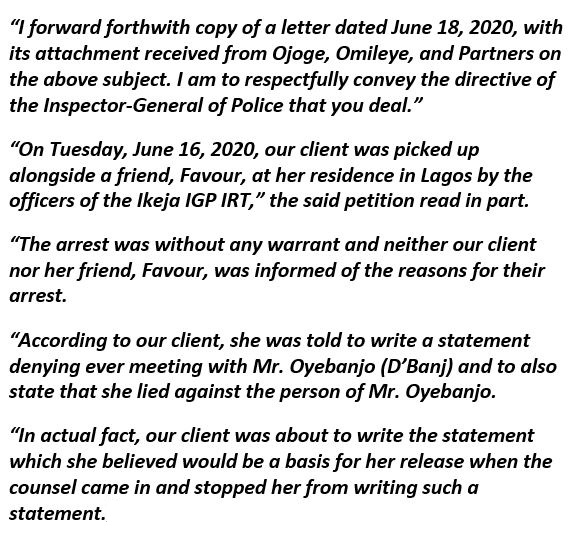 This order comes after Seyitan’s lawyer filed a petition against the police force that his client was denied access to her lawyer and phone while being detained and tortured by the police men.

Since the emergence of the rape allegation, the artist has lost a deal with Heritage bank worth millions of Naira and almost 20,000 people had signed a petition against him calling for the United Nation to withdraw him from the position of Youth Ambassador.