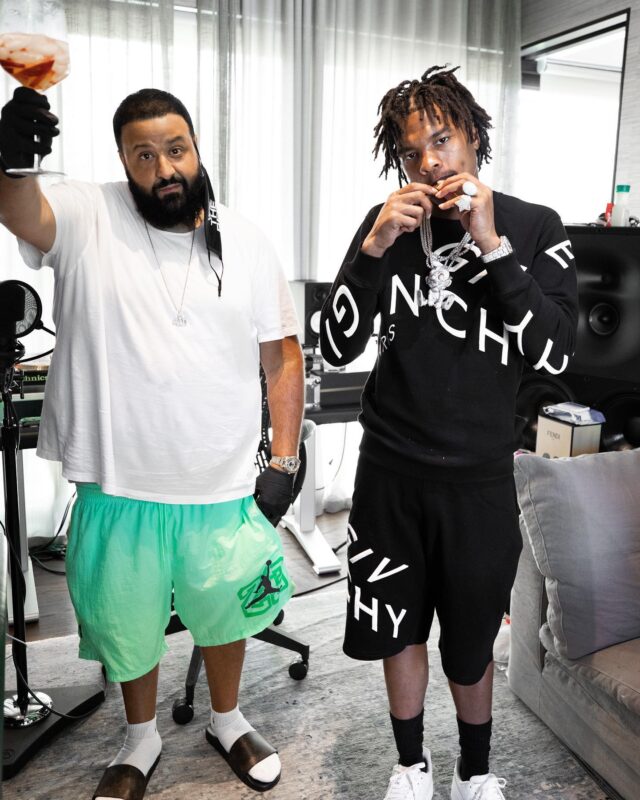 Popular American DJ and Music producer, DJ Khaled is working on his 12th studio album and has revealed Lil Baby is going to be on the album.

DJ Khaled has been consistently dishing out amazing albums for over a decade now and obviously, he isn’t stopping anytime soon.

He took to his social media page to post photos and videos of both of them in the studio. See them below:

KHALED KHALED the album It’s truly amazing ! At this moment I was saying ANOTHER ?NE ! @djkhaled @lilbaby_1 cooking up ?#WETHEBEST HAPPY SUNDAY ? @wethebestmusic

At this moment I was telling my Eng Juan drop the beat out right HERE so THEY can hear that Bar clear ! @djkhaled @lilbaby_1 ??? AN?THER ?NE KHALED KHALED THE ALBUM THIS YEAR @wethebestmusic

Cheers to the weekend ? Did I mention I’m working on my 12th studio album KHALED KHALED wasn’t sure if I told you . ANOTHER ?NE @djkhaled @lilbaby_1 cooking ?? @wethebestmusic

DJ Khaled is working on his 12th album which he titles ‘KHALED KHALED’ and has already dropped two tracks in July after announcing the release of the album.

Although there is no official release date yet, fans worldwide are ready for this album and so are we.