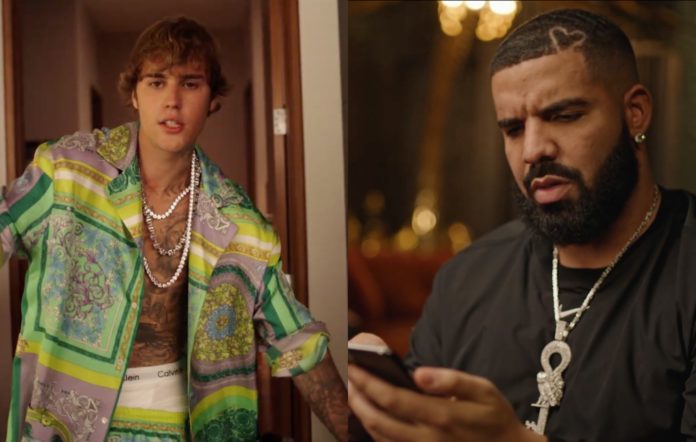 Year 2020 is definitely a year with so many abnormals norms showcasing itself.  First it was the video of Brown Skin girl where Wizkid refused to travel to United State for the video shoot, he shot his part in UK which really got fans talking. Now the abnormal has manifested in another level in the newly shot video of Popstar  by DJ Khaled featuring Drake starring Justin Bieber as Drake.

Drake was hold up in Canada and therefore unable to be physically present for the shooting of the song video. But both DJ Khaled and Bieber are in Los Angeles. This combined with Khaled’s impatience to shoot and release a video for the song (as symbolized in the video intro), Drake has to call in a favour. This favour is swapping his fellow Canadian to take his place and mime his lines in a lip sync as seen in the video.

Who could have guessed of such ever happening? 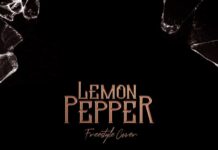 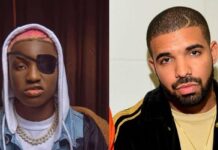 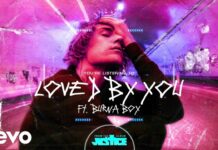 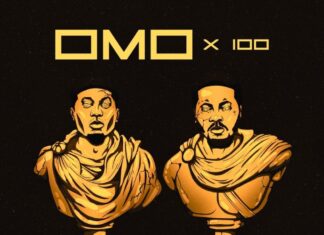 Grammy Awards:”Wizkid Plaque Is Bigger Than Burna Boy Own” – Twitter...

Wizkid Finally Receives His Grammy Award Plaque For His Contributions on...