It is no news that men will do or say anything to lure girls into their beds. Regardless of this fact, ladies still fall for the same uncreative crappy lies.

These men are not that smart, it seems they all use the same playbook. It is like they take a secret course on how to manipulate and lie to women.
Women know this and still fall, probably because they feel like it happens in the movies, they can change a sweet-talking Casanova into a respectable man. Nothing is impossible though, just keep trying and hoping. Till that happens for you, just read through this list of 13 lies men use to get into your pants.

1. You’re the sexiest girl I’ve ever set my eyes on.

This one is hilarious. Assuming this guy had lived for 29 years. All the women he’s seen – including the celebrities, models, the ones he talked to, dated and crushed on, are less sexy than you.
Come on, don’t be stupid. That dude is lying. There’s no doubt you’re beautiful, brilliant, and sexy. This line is targeted at your ego and luring you to bed. While he’s there preaching to you, there probably are a ton of other girls who have fallen for the same line.
Don’t be deceived. He’s probably using that line on you because it has worked a couple of times on other ladies. But you’re not just anyone, your way smarter than that.

2. This is the first time I’m saying this to anyone

This sentence has been proven to make ladies believe a man is honest and sincere, hence its frequent use. Most men have an arsenal of something similar. They use this to make you feel unique and super special.


This line usually comes after he’s told you some sweet story. Don’t be fooled. When a man uses this line, don’t think your uniqueness, beauty, innocence, or whatever made him pour his heart out to you. He’s probably just trying to get into your pants.
Be wise!

Men usually behave like saints when they’re trying to get into a girl’s pants. He’s trying to sell you the lie that he spends the weekend alone, watching TV and turns down every invitation from friends and colleagues to go partying.
Does this sound familiar; “I don’t do night clubs, parties or bars”. It does.
Do you believe this shit, though? A man trying to find a suitable partner frequents these places unless he’s not serious. So don’t be fooled by that line.

When he says that, he probably is saying this; “I’m just waiting for the perfect woman for the night”. He may try to tell you he’s been waiting for the “right girl” to come by. The truth is, he’s probably slept with a ton of “right girls”. He uses this line because he’s found out that this works a lot. You may fall for this line and discover that he’d look for the next “right girl”. 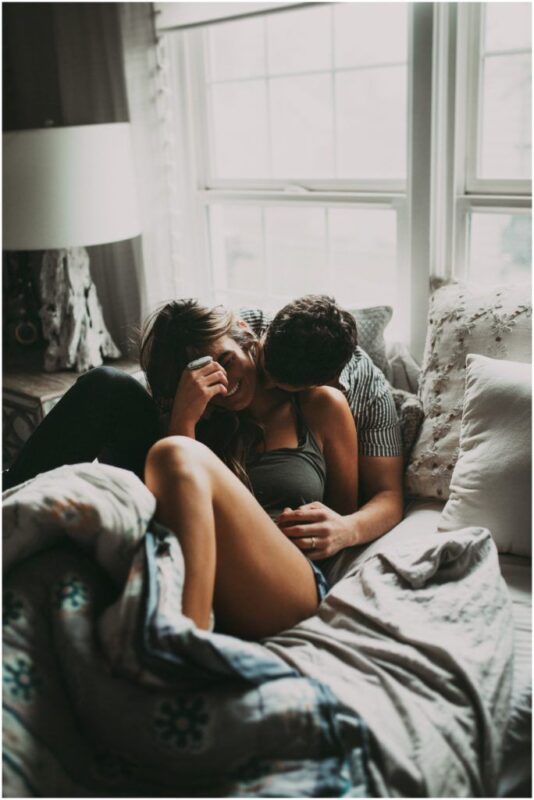 Yeah, we know most women are attracted to the money, like flies to shit. Men have begun to use this as a weapon in their arsenal to attract the ladies. So to attract you, they flaunt their wealth. They deliberately leave the key to their Benz lying around. They casually mention the duplex they just bought, the trip to Dubai, etc. They try to make you see how wealthy they are, so you could consider allowing them into your pants. This strategy works and would keep working.


A man that is interested in you, wouldn’t try to buy your affection.

ALSO READ: 5 Ways To Grow A Full And Attractive Beard

6. I can’t wait to meet your parents

You just met him and he can’t shut up about wanting to meet with your family. Girl! He is full of shit. That guy is lying. He’s trying to create an impression that he wants a serious relationship. That dude just wants a taste of the cookie. Be wise.

It is not easy finding someone who has something in common with you. You’d naturally get excited when a guy uses this line on you. You probably will start calling or texting your girlfriends that you’ve met Mr. Right. Please don’t!
it is no news that women find compatibility important in a relationship. So men use it to lure girls into their beds. Be wise. 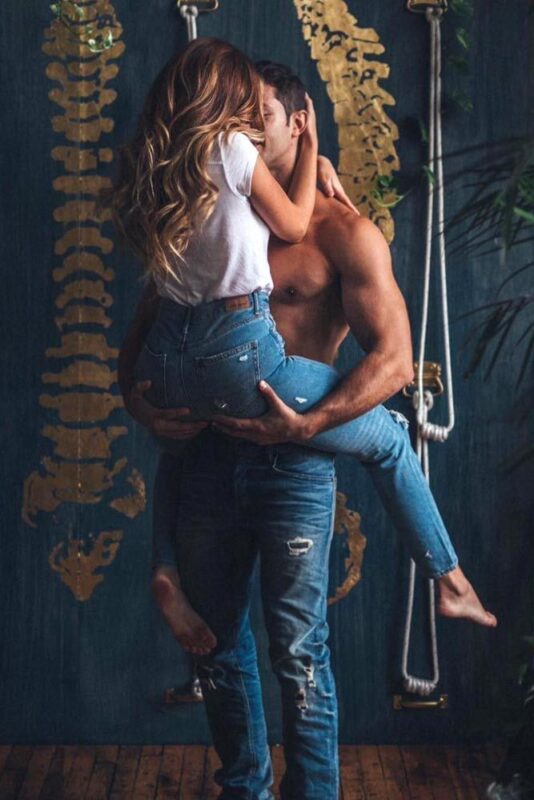 He’s trying to convince you to sleep with him. You’re scared and worried about what people would say, especially your friends and family.


He tries to calm your fears and assures you he won’t tell anyone. Hmmm, aunty! Beware! He will not keep mute if sleeping with you is the only thing he wants. Everybody will know of his conquest – you. Men like that have no regard whatsoever for women. For them, you’re just a number on the list.

You’re beautiful, obviously, but that’s not all there is to you. You’ve got a great personality, a good job, an amazing social life, etc.


if a man dwells on just your looks. That’s a red flag. He’s trying to get into your pants. Anytime you two hang out, he stares deep into your eyes and tells you; “Oh my God! You’re just too beautiful” the next time this happens, ask him what part of your personality he likes a lot. A man who’s only interested in getting into your pants will be tongue-tied.

Really! A man just wants to cuddle and nothing more. You’d be a fool to fall for that lie. I’ve never seen a man that likes hugs, especially if it won’t lead to the cookie jar. If he tells you he just wants to cuddle, that’s probably because he hopes it will lead to sex. So don’t be fooled.

No man will admit that they just got out from another woman’s bed, especially if he’s trying to get you laid. He tries to tell you that he’s not had sex in ages. He’s trying to give you the impression that he doesn’t just sleep with anyone. Please beware! You don’t want to be a number on the list.

12. I’m in search of a serious relationship

Most women don’t want flings, they would always want a serious relationship. Guys are aware of this and play the commitment card when they’re trying to get a piece from the cookie jar. You just met a guy and he tells you he’s looking for a serious relationship. Just don’t get all excited and sleep with him. Give it time and you’d see what his true intentions are.

If a guy picks interest in you and starts making his move. It is a pointer that he could be single, but if he starts making it obvious to you. You probably should be careful.
if he doesn’t pick your calls always and tries not to be seen in public with you. Aunty! That brother is not single.

Ladies and ladies, thou has been warned! Now you know the lies most men tell to get a piece of the cookie. Don’t blame anyone if you fall victim to those lies.

I hope I have been able to enlighten and not confuse you. Please feel free to ask questions or give contributions