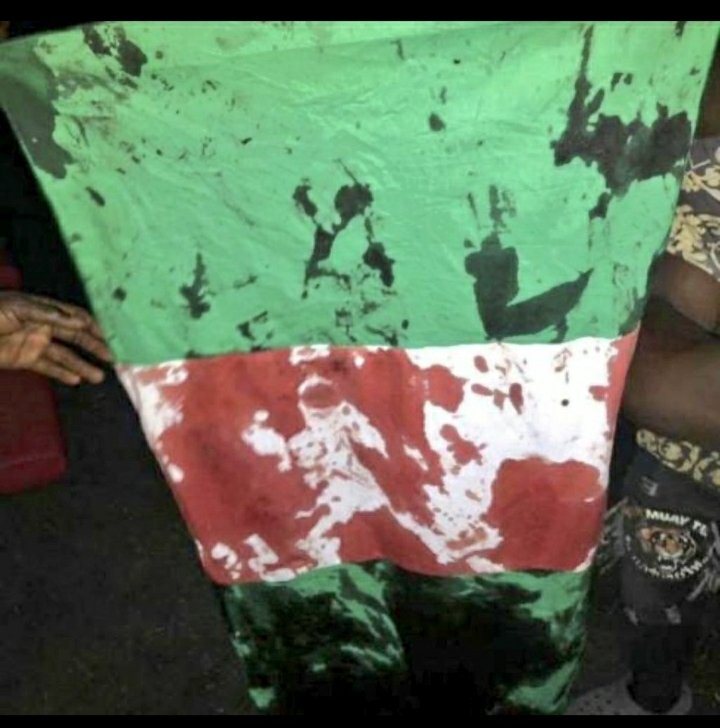 The Lagos Lekki toll gate has become a green zone with the Nigeria police force using peaceful protesters for shooting practice. Nigeria Bleeds as the life of citizens no longer amount to anything in the hands of the government.

This mass shooting was planned to the detail as earlier in the day, protesters claimed that people who claimed to be government employees arrived at the toll gate to remove the CCTV cameras which has got alot of people guessing what the motive behind such move is. And then out of the bloom, a curfew was declared beginning from 4pm.

You took out cameras, you waited till it was dark, you turned off the billboard- the only source of light at the toll gate! Then u began to shoot at unarmed civilians! Let it be known that u do not care about NIGERIANS! Let it be known that you are against the people! #endsars pic.twitter.com/vFIIULd5t2

Right now at the cover of the night, the Lekki toll gate light were switched off to unleashed mayhem, what can only be called a massacre of the protesters.

What is the worth of human life to this government?.

Here are some of the clips coming from the screen. I must warn someone of the images are too worrisome to behold.

#Nigeria: Severe repression at Lekki Toll gate, security forces appear to have cut CCTV cameras, turned off the lights, and opened fire on peaceful #EndSARS protestors. Many injured and some dead according to reports. (?@vandikco) pic.twitter.com/uUd90s5992

This is a crime against humanity and those who ordered the attack need to be brought to justice. (?@RemiAdekoya1) pic.twitter.com/mSdKuwLtmc

Guys I just watched this on PokoLee’s Ig live. This happened now at Lekki tollgate ????? pic.twitter.com/Z3iiOcw8zn

They shot someone on this live and a lady was about to have a panic attack right there at Lekki Toll gate. What did we do to deserve this ?? pic.twitter.com/bopueil9Sh