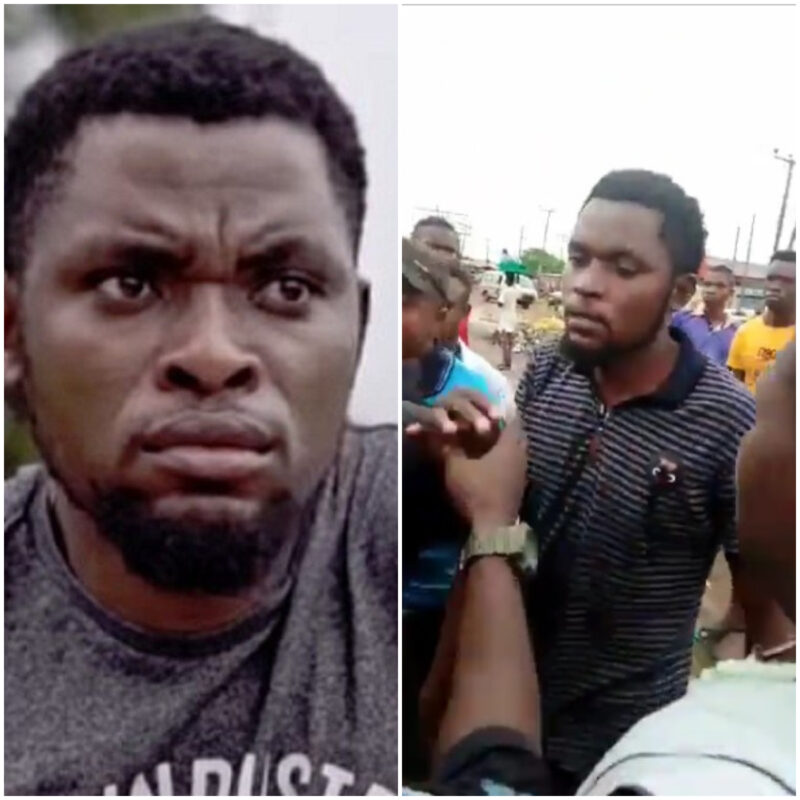 Mark Angel begging for his life

Mark Angel almost got lynched by angry protesters in Port Harcourt for attempting to make a comedy skit with the #EndPoliceBrutality protesters.

Protesters were angry that he was insensitive. Despite the killings and destruction of properties, he still wanted to make a joke out of the situation.

He was blasted on Twitter for his insensitivity in the face of recent happenings in Port Harcourt and the nation at large.

Please feel free to drop your comments below.