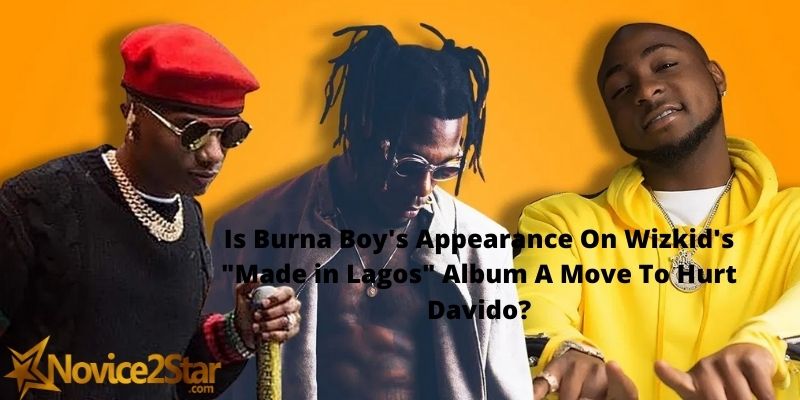 From his fourth studio album, Made In Lagos, Wizkid enlist the professionalism of Burna Boy on one of the tracks, Ginger. Do you think this was to hurt Davido?

Afrobeat legend, Wizkid, dropped his “Made In Lagos” album and the whole internet is on fire. Well, he has been consistent for over a decade. So what do you expect?

On track 2 of the 14 track album, he features the self acclaimed African Giant, Burna Boy and he titles it ‘Ginger’. This seems like a “gang up” against Davido.

Few weeks ago, pictures and videos surfaced of both Wizkid and Burna Boy chilling together and making music in London.

In response to this, Davido, in an interview, claimed that both singers were ganging up against him.

Well, now we see the result of the alleged gang up and it’s a massive song titled ‘GINGER’.

But the question that keeps coming to various minds is, Did Wizkid collaborate with Burna Boy just to “ginger” Davido?