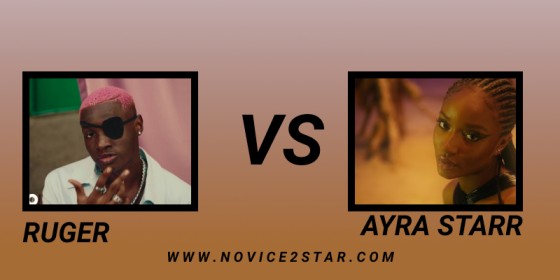 Ruger who was discovered by D’Prince is the second artist to join Jonzing World. The Nigerian pop star released his debut project ‘The Pandemic EP’ sometime in March 2021. He released a 5-tracks body of work exclusively produced by Kukbeats. The project was released days after he teamed up with D’Prince and Rema for a beautiful tune tagged One Shirt.

Ruger’s Pandemic EP produced songs like Bounce, Bow, and Abu Dhabi. It is one of the best projects released this year.

Ayra Starr on the other hand is a Mavin records product and the first female artist to join the African label after Tiwa Savage’s departure. Ayra dropped her self-named debut extended play in January 2021. She released the project without a lead single and was able to get top songs like Away, Sare and DITR.

On the 6th of August 2021, she dropped her debut album tagged 19 & Dangerous. The album featured CKay and American star Foushee. It was supported by a single titled Bloody Samaritan.

With three projects shared among them, who do you think is more popular between Ruger and Ayra Starr?