“Aunty Lovina“, is an unhidden club treasure which offers the succulent grooves that can be found in Patoranking’s “Abule“; aside his calm and boldly structured delivery that is a bit next door to Abule, the part of the instrumental that gives a resounding gunshot effect makes both track a relationship, resonating like a replete texture. At least for the sake of Patoranking’s presence and effort in the song, one can attest to this fact.

Meanwhile, Ycee’s artistry of late has been denting vibes upon vibes meant to lay stacks of proving him as an exceptional act, who understands the ropes of being a seasoned rapper and a gracious singer. ‘Aunty Lovina’ is where Ycee tends to amplify that part in his art that cares about your wicked body moves, it doesn’t just care about you singing along, but it also applies to pull you from those acts to putting that dance moves out publicly.

Aunty Lovina is a song that care about your dancing in reckless abandon, even as guys. Although it was specially created for big butty ladies even as they are expected to approach the record in their own state, by adding wiggles of twerking waist to properly depict the one, Ycee and Patoranking requests her body to bend as they rock it ceaselessly on the dance floor. ‘Aunty Lovina’ is a party staple, it is one of those records that cares about how your body moves as it is so conscious of how it should be appreciated with it. Aunty Lovina needs the ladies stocked to it to reach an apex of fruition.

More so, you can’t be listening to “Aunty Lovina'” as a party rider and remain calm, it is dent on making your body shake and grind, and never remaining the same. Ycee is denting his vibe power. 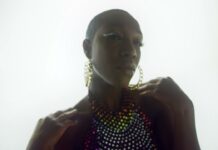 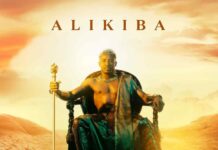 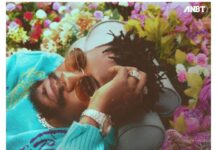