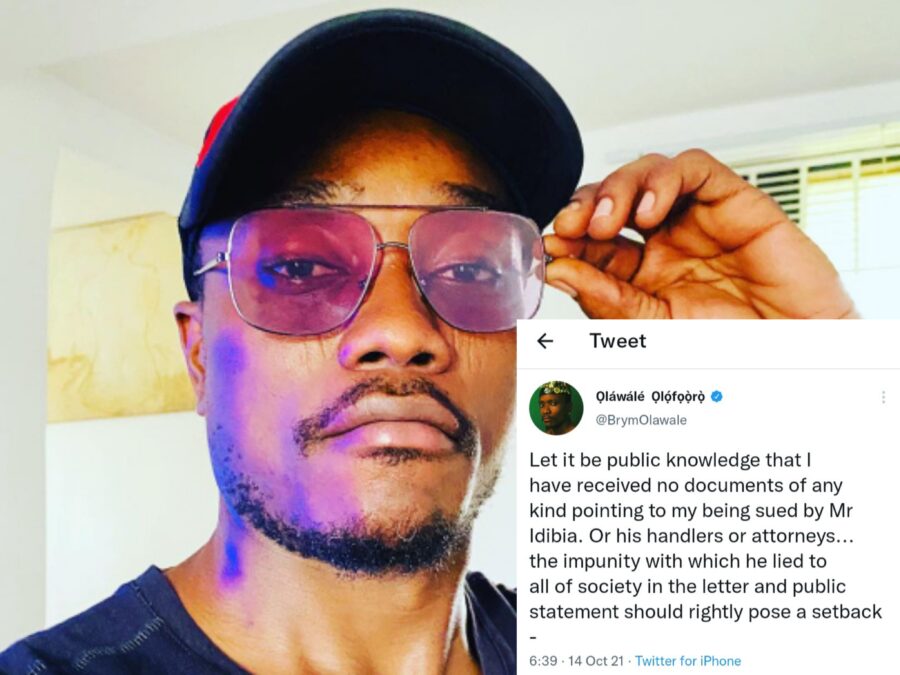 One of the most publicly troubled celebrity marriage in the past two months is that of Tuface and Annie Idibia. It first started with Annie’s outburst on social media in September after Tuface allegedly travelled to see his Baby mama, Pero.

After we heaved a deep sigh thinking the drama had ended as the couple reconciled, Brymo seemed to have unfinished business which he chose to settle this October with Tuface involving Annie.

Recall that Brymo had claimed Tuface sent thugs to beat him up and accused him of sleeping with his wife, Annie. In reaction to this a document was released online which allegedly sueing Brymo for defamation. It was a 1 billion naira law suit.

However, Brymo has also come out to say that he never received any document from Tuface’s lawyers or his social media handler. It looks like the battle hasn’t even begun.