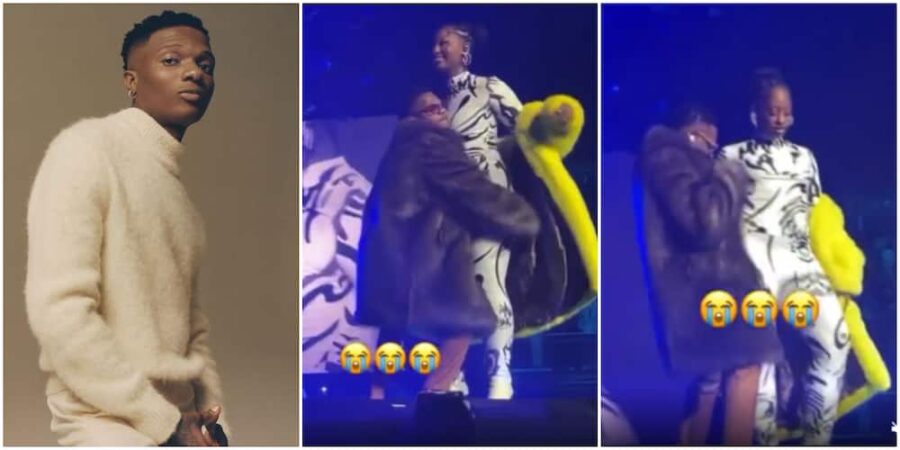 Wizkid held his Made in Lagos concert at the O2 for the third consecutive time last night. The show had him bring on guests like Skepta, Burna Boy, Tems, CKay, Koffee, Tay Iwar and others.

During his time on stage with Tems while performing their joint ‘Essence’, Wizkid playfully tried to carry Tems in a bid to give the fans a show but it appeared Tems wasn’t ready for that show. Fans got pissed on socials and have been demanding a public apology from the Wizkid.