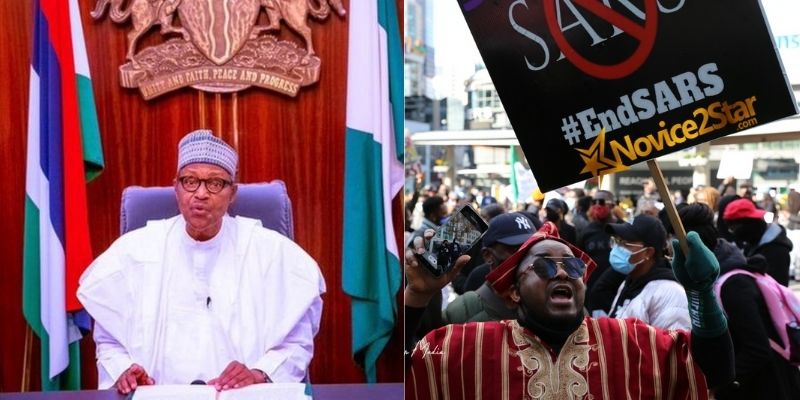 President Muhammadu Buhari addressed Nigeria last night due to outbreak that has resulted from the EndSARS protest but millions are not happy with his speech.

The commander of the armed forces of Nigeria gave a less than fifteen minutes speech in a bid to address the situation in the country.

In his speech, the president he assured the nation that the Federal Government will do anything in order to preserve the unity of the nation.

He further went on to self praise his government for alleviating poverty from the nation, saying no other government have ever done so.

In his speech, the president, in no way made mention of the lives taken by member of the Nigerian Army in the Lekki Massacre, neither did he offer any form of condolences to the affected families.

He also warned those who intend disrupting the national peace in the name of protest, that such action will not be tolerated.

If you missed the speech, watch it below.

After watching the presidential speech and with the constant rate of police brutality, do you still deem it fit to continue the EndSARS protest or see it as a lost cause?

What is your opinion?