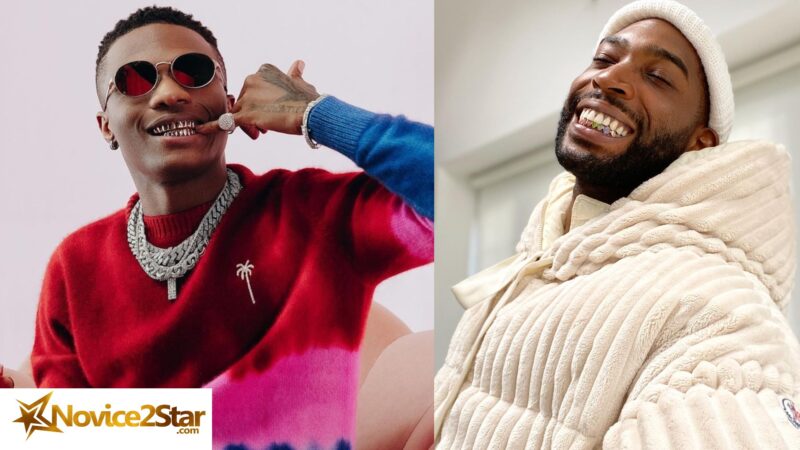 Wizkid is very pissed with Tinie Tempah and it seems he’s done being quiet about it. As he declares the British Singer, Tinie Tempah and manager, Dumi Oburota wanted over unpaid debt. This calling out has the internet buzzing and the Wizkid FC preparing for war.

Starboy is once again putting British-Nigerian rapper Tinie Tempah real name Patrick Chukwuemeka Okogwu Jr on the map. The first instance happened a couple years ago (2018) over what was rumoured to be money concerns.

Wizkid was signed to Disturbing London an entertainment company also handling brand consultancy, artist management, event management, music publishing etc. The company was founded by Tinie Tempah and his cousin Dumi Oburota. This deal was done back in 2012 as the singer decided to push his music and brand beyond Africa into UK and Europe.

Wizkid in a recent tweet called Tinie a pxssy and continued ‘pray I don’t catch you and Dumi’.

It seems that peace has not been brokered between Wizkid and Disturbing London management. The rumour circulating is that the duo duped Wiz of money amounting to around ninety five million naira or more. Among which is the Nike payment of about twenty five thousand pounds paid to the company for Wizkid to model for Nike. A deal the artist was informed was free and done to further enhance his brand as he takes his music abroad.

Base on this, Disturbing London has become a trending hashtag on Twitter as many of Wizkid fans are calling and dragging the brand owners to pay wizkid his money. Here are some of the tweets circulating.

Ever since Wizkid dumped @tinie he couldn’t produce any hit songs again. Wizkid gave him a career and he still have the audacity to Steal from wiz. @tinie pay wiz his money, Criminal!!

So we gon drag Tinie, Dumi and the LGBTQ people tonight? 3 in 1 ?Been a while, Wizkid FC we eating good ?

•@tinie & @DisturbingLDN for Wiz to be pissed off, it means he’s given you shafts enough time to fix your mess, but you didn’t. You’ll pay him all you stole, and pay for making Wiz angry. The earlier you pay up, the better. Playtime is over!!!!

Lmao Wizkid is calling out Dumi Oburota and Tinie Tempah on his snap. It's hilarious. pic.twitter.com/cheQSXmqes