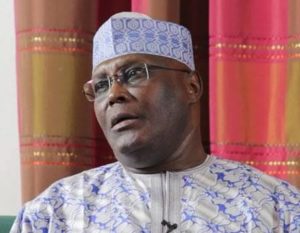 The presidential candidate for the People’s Democratic Party (PDP) Atiku Abubakar has rejected the victory of President Muhammadu Buhari.

In a lengthy thread on his twitter handle he released a statement why he believes the election result was a sham.

He stated that there were premeditated malpractices that altered the results.

With regards to the Presidential elections that took place on February 23, 2019, it is clear that there were manifest and premeditated malpractices in many states which negate the results announced.

Atiku presented his points which ranged from statistical impossibilities, intensional suppression of votes, voting disruptions with no intervention by the authorities and military brutality against electorates.

In some areas of the country, such as, Rivers, Akwa Ibom and Imo states, troops deployed for the elections turned their guns on the very citizens they were meant to protect.

He stated that If he had lost in a free and fair election, he would accept his fate like he did in 2007 against Yar’Adua and offered assistance to unite the Nation.

Consequently, he stated his rejection of the result and promised to challenge it in the court of law.

“I hereby reject the result of the February 23, 2019 sham election and will be challenging it in court.”

Consequently, I hereby reject the result of the February 23, 2019 sham election and will be challenging it in court.