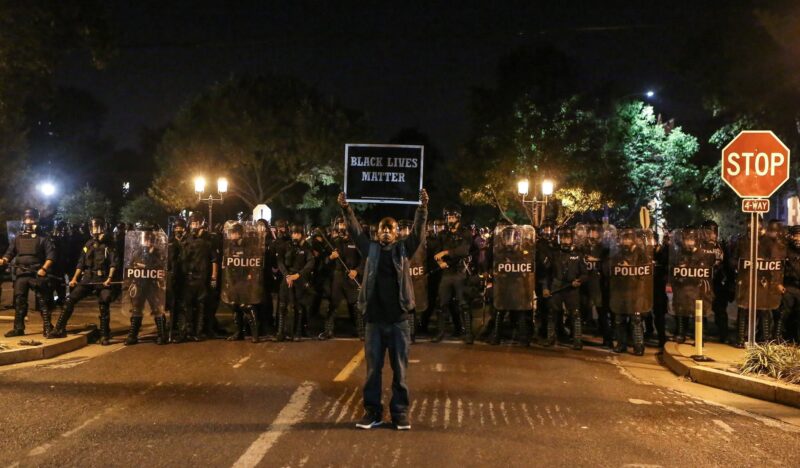 President of the USA Donald Trump has in a recent tweet threatened to shot at the protesters in the state of minneapolis as the protest of the killing of George Floyd intensifies. See his response; 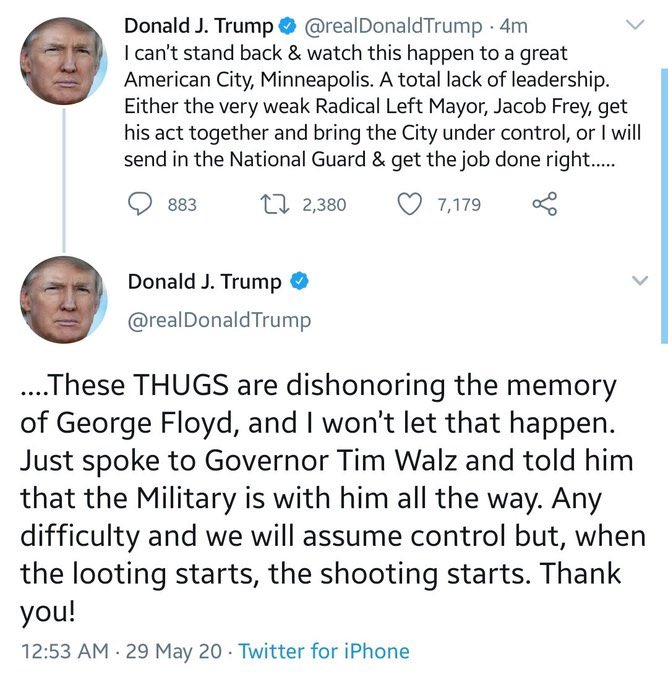 Recall that the protest, was against the incessant killings of black people by white police officers and most recently a black defenceless citizen “George Floyd” was brutally killed by a white cop for no tangible reason. 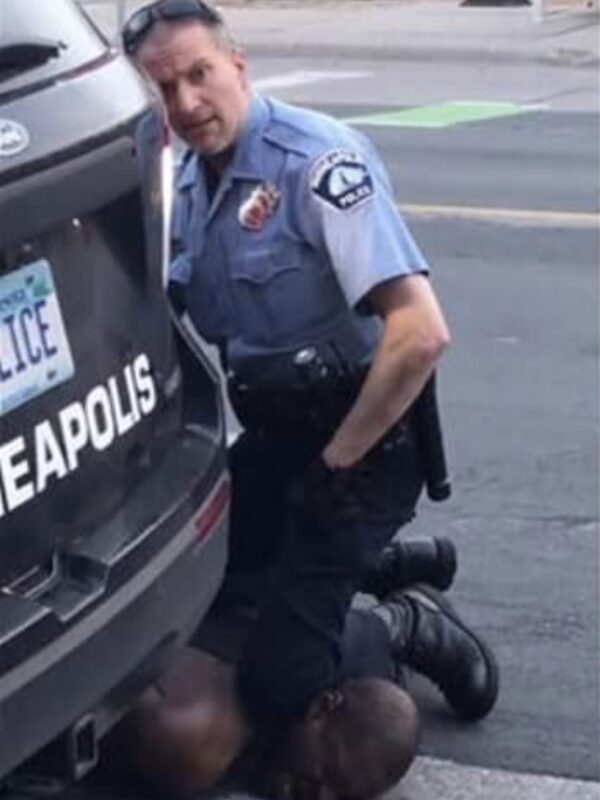 The police officer was filmed putting his legs on the neck of the man and ultimately killing him. The Footages of his killing attracted National outrage as protests are ongoing in Mineapolis and it doesn’t look calm at all. This is not the first time such events take has happened in the U.S.

The citizens have reacted to his comments as insensitive and racists considering the fact that nothing drastic has been done to get the erring officer to book.