The Nigerian Police among other things was instituted to protect lives and properties. What happens when the institution saddled with the aforementioned responsibility becomes something we need protecting from?

Every day people leave their houses with the fear of falling prey to SARS. People pray against armed robbers, bandits, accidents etc. SARS has now been added to the list of evils to pray against.

it wouldn’t be out of the ordinary to see parents praying for or anointing their children against the dreaded SARS official.

Many innocent young Nigerians have lost their lives as a result of their brutality.

Killings, torture – both mental and physical, extortions, threats amongst a list of other vices have become a norm in daily encounters with the men of SARS.

Let’s look at some of them:

Family of Daniel Ikeaguchi, 'Sleek' who was allegedly shot dead on Saturday by an Officer in Elelenwo is demanding the prosecution of the DPO of Elelenwo Police Station.

PH Journalist @Kofi_Bartels beaten and brutalized but most thankfully not killed – 2019https://t.co/cH4TnP4Y3L

"I Know My Rights, You have no Right to Search My Phone" – Young Nigerian Guy Cries Out As SARS Police Officers Mercilessly beat Him Up All bcos He had 2 phones and Refused to Unlock the Expensive one, they seized it, told him to Come to Alagbon FCIID to Retrieve, Pls RT #Endsars pic.twitter.com/gHz2FFWXl9

As a corper in 2017 I was held at Apo roundabout by sars officers who acted as cab men by 8pm, my ID couldn't save me…I was cuffed and taken to abbatoir, later 1500 was taken from me for fuel as I wasn't found with anything implicating…

It's not my story to tell. But on the exact day that we buried my dad(he died because he had an accident and hospitals rejected him, finally died of hypovolemic shock), SARS picked up my brother. They collected 100K from us before the released him. My mommy cried blood.

I could go and on without even scratching the surface of atrocities perpetrated by SARS officials.

What do you think? Feel free to drop your comments. 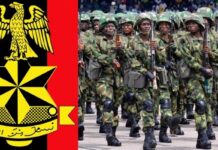 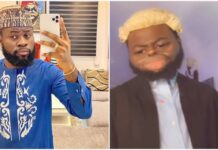 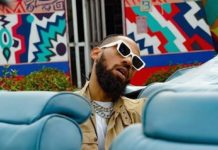