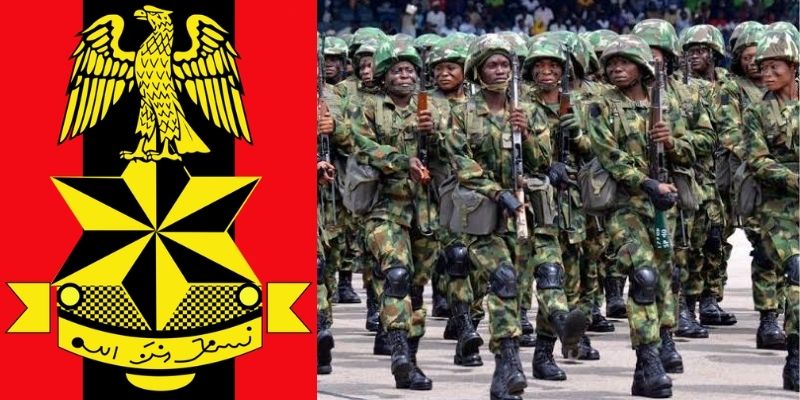 The Nigerian Army has issued a public statement debunking the rumour that the “Operation Crocodile Smile” is aimed at attacking the ongoing EndSARS protesters.

The Operation Crocodile Smile is an annual parade of the Nigerian Army that takes place Between October to December as part of their security measures for the Nigerian people.

In a statement released on it’s verified Facebook page, the military group explained the reason behind this year’s parade termed ‘Crocodile Smile’. It further went on saying it is aimed at “Cyber Warfare”.

EXERCISE CROCODILE SMILE VI HAS NOTHING TO DO WITH ENDSARS PROTEST WHATSOEVER https://t.co/rt8iw33bNw

1. The attention of the Nigerian Army (NA) has been drawn to some social media stuff wrongfully condemning the Army and its Leadership over the announcement of Exercise CROCODILE SMILE VI particularly the Cyber Warfare Component of the Exercise. This year’s Exercise CROCODILE SMILE is scheduled to commence from the 20th of October to the 31st of December 2020 has no relationship with any lawful protest under any guise whatsoever.

2. For the records, Exercise CROCODILE SMILE is a yearly exercise in the NA Calendar/Forecast of Events which traditionally holds from October to December of each year.

3. Thus, to now insinuate that it is an exercise meant to stifle the ongoing ENDSARS protest is to say the least highly misinformed. Exercise CROCODILE SMILE VI has nothing to do with the ongoing protest and the NA has never been involved in the ongoing protest in any form whatsoever. So far, the army has acted professionally since the civil protest started over two weeks ago.

4. The army hereby enjoins all law abiding Nigerians to go about their lawful activities unhindered as the Exercise has nothing to do with ENDSARS protest, but a yearly event set out to train NA officers and soldiers in its efforts to ensuring safety and security of Nigeria and her citizens.

The Nigerian Army further urged the citizens to go about their normal routine as they intend to in no way hinder any activities within the rights of the people.

Do you think this statement is true?