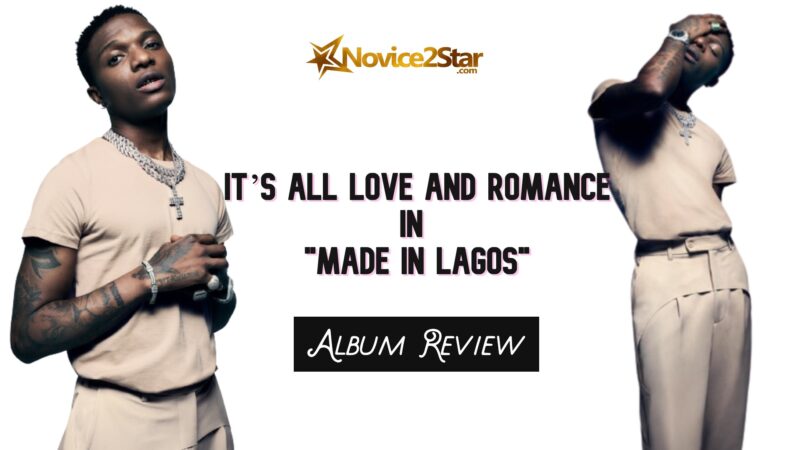 Like we never expected it, Wizkid dropped “Made in Lagos” album barely twenty-four hours after his last tweet about the album on October 28, 2020. The album released on 29th October 2020 was served having passed through the ‘Wizkid college’ for two years where it graduated with distinction.

It’s nothing but love, romance, and all the naughty stuff you could ever imagine from the Wizkid part of Lagos. His critically acclaimed fourth studio album “Made in Lagos” is a definition of how matured the Nigerian superstar has grown to be. To a host of his fans, the 14-tracks body of work is made for the ‘grown and sexy’.

Ayo ‘Wizkid’ Balogun, a 30-year Nigerian afrobeat superstar partners with his family and friends as he’ll regard them to present a beautiful piece of art. Ayo takes a U-turn away from the ‘gbas gbos up-tempo vibes’ which he partially sidelined on the release of his third studio album “Sounds From The Other Side”. It is therefore worthy to note that all songs on MIL are below 105 BPM (Beat Per Minute). This only hints at the soul-soothing cool vibes encapsulated in this project.

“Made In Lagos” is not just another body of work from the Nigerian but one he considers so dear. According to the singer, the album is meant to express his views and how wonderful his story has been as a young Nigerian whose fame was bred and nurtured in Lagos.

Though Wizkid failed to tell the dark stories happening in Lagos as well as failing to capture the recent happenings with regards to the high rate of corruption and the recent cry against police brutality, he ended up giving us a body of work that tells the love, romance and partying part of Lagos.

LISTEN TO WIZKID “MADE IN LAGOS” FULL ALBUM HERE